Steve Smith has opened up about the personal lows that followed Australia's cheating scandal in Cape Town, saying he spent four days in tears. 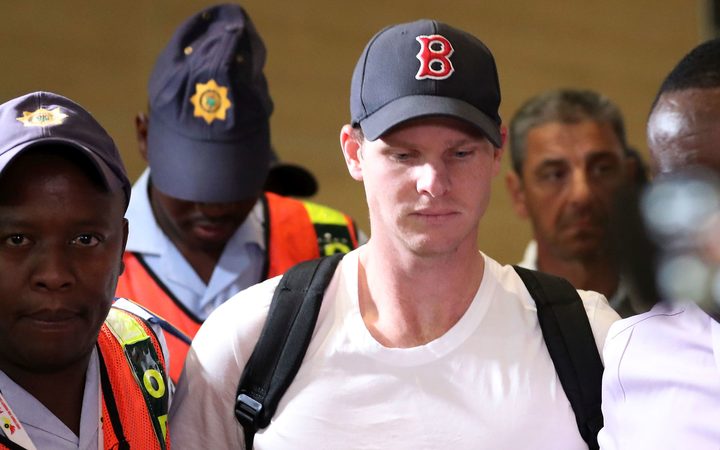 Smith and David Warner were among the players snapped up in Sunday's inaugural draft for the Global T20 Canada, a tournament that will be hosted entirely at a ground on the outskirts of Toronto.

The Twenty20 event, which runs from June 28-July 15, will be Warner and Smith's first taste of competitive cricket since the ball-tampering saga derailed their careers.

Smith continues to train in private, doing some work in the nets with the help of his father. The former skipper spoke to students at Sydney's Knox Grammar School on Monday as part of his charity work.

"I probably spent four days in tears. I was really struggling mentally," Smith told the assembled crowd during a discussion about mental health.

"It certainly was the toughest thing that I've had to do."

Smith and Warner, both stripped of their leadership positions and estimated to have lost at least $5 million each in sponsorship and playing contracts, remain banned from international cricket until March.

The suspensions also cover domestic T20, one-day and first-class cricket in Australia but the disgraced duo, along with Cameron Bancroft, are free to play in leagues around the world.

Warner will travel to Darwin after his T20 stint in Toronto, having already signed up to play a couple of one-day games in the NT's Strike League.

Warner and Smith have both agreed to play grade cricket in Sydney this summer, for Randwick-Petersham and Sutherland respectively.