The England cricketers bounced back from their first test humiliation to beat Pakistan by an innings and 55 runs in the second test at Headingley and square the two-match series 1-1. 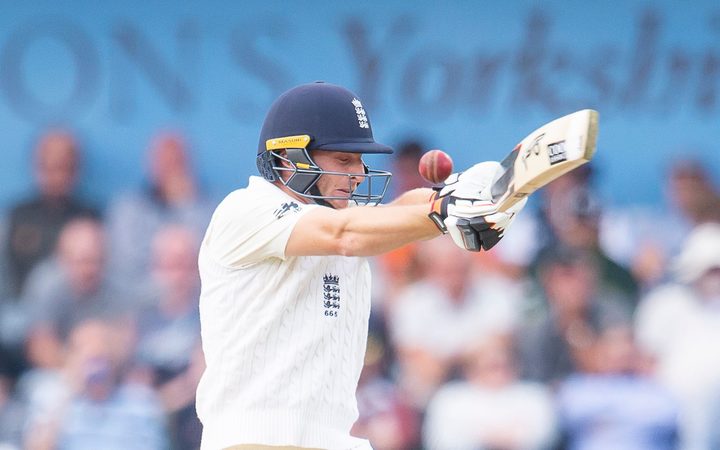 The victory halfway through the third day was as comprehensive as Pakistan's triumph had been at Lord's, with England looking a completely different team from the one who had subsided to a nine-wicket defeat.

Joe Root's side responded to the heavy criticism they received with a virtuoso all-round performance.

In the morning, man-of-the-match Jos Buttler finished unbeaten on 80 as England extended their overnight total to 363, a lead of 189 runs, before Pakistan were bowled out for 134 in their second innings.

Stuart Broad and Dominic Bess both took three wickets and captain Root admitted his side had been determined to bounce back after their first-test debacle.

"A few of the guys stood up with a point to prove," he said. "The senior bowlers set the tone and as a group it was really good.

"It swung first day, then seam came into it and there was also a bit of spin. It made for really good cricket."

Buttler put down a marker for the day, smashing priceless runs as England added a creditable 61 to their overnight total to leave Pakistan with a desperate survival mission in conditions that still offered much to the bowlers.

Although Azhar Ali clubbed James Anderson's first ball to the boundary, the paceman soon got his revenge by clattering the opener's stumps after a quickfire 11.

From there, wickets fell regularly throughout the day with Anderson making a second breakthrough on 30 when Haris Sohail was superbly caught one-handed by Bess at mid-off.

For all his heroics in the field and with the bat in his first two matches, what the 20-year-old Bess really wanted was a test wicket and, after Broad accounted for Asad Shafiq, Bess's moment duly arrived when Imam ul-Haq was trapped lbw for 34.

Two more followed to leave the Somerset off-spinner with fine figures of three for 33, only marginally bettered by Broad's three for 28.

The paceman delivered the final blow when Mohammad Abbas, who was later named man of the series, was caught by Root in the slips for a single.

Root believes the win set up England for the five-test series against top-ranked India starting in August.

"We can beat India," he said. "Absolutely. It is about making sure we have learned our lessons."

England all-rounder Ben Stokes will miss the one-dayer against Scotland in Edinburgh and the first part of the five-match ODI series against Australia as he recovers from a hamstring injury.

Dawid Malan has been added to the squad for the Scotland game on June 10 and Sam Billings was called up for the Australia series.