Uncapped loose forward Peter Samu will join the Australia rugby squad for the June series against Ireland today after being granted a release by New Zealand Rugby. 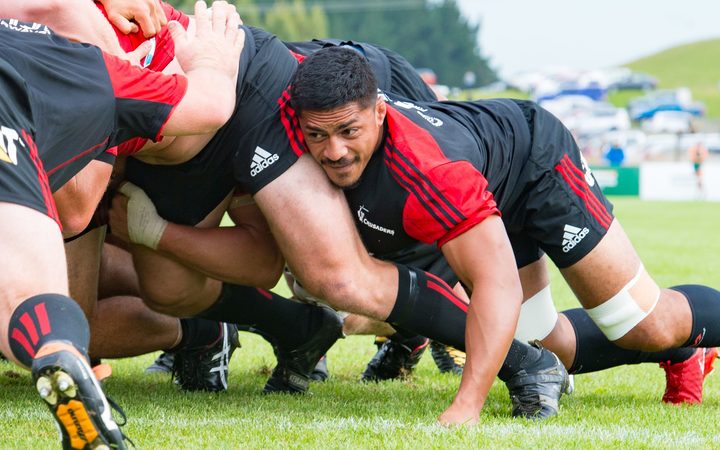 Australia-born Samu, who will join the ACT Brumbies in Super Rugby next season, is contracted to the Crusaders and also New Zealand's Tasman provincial side.

Rugby Australia said they had reached an agreement with their New Zealand counterparts which will see the 26-year-old complete the Super Rugby season with the Crusaders but then be released from his obligations with Tasman.

"Our discussions were robust but fair and I'm pleased we've reached an agreement to allow Peter the opportunity to represent his country."

Players have to be released for international duty according to World Rugby rules but the global governing body has an exception for those eligible for multiple countries.

Samu first played for Tasman when he was 22 and could have been selected for New Zealand on residency grounds.

Media reports had indicated New Zealand Rugby had demanded a fee of $50,000 to release Samu for the June international window.

The Melbourne-born flanker will now join Michael Cheika's squad ahead of the first Test against Ireland before completing his club duties for the Crusaders in Super Rugby.

The move is good news for Cheika, who has long been desperate to add more physicality to supplement the skills of twin opensides Michael Hooper and David Pocock in his back row.

Rugby league convert Caleb Timu is another option to fill that role and he impressed off the bench in the Queensland Reds back row against the New South Wales Waratahs on Saturday.

"I think it's massive news, it's a big positive for Australian rugby," Timu told reporters in Brisbane after Samu's clearance was announced.

"He's someone I can learn a lot from, he's being playing some great footie this year."

A more immediate concern for Cheika for next week's first test against the Six Nations champions in Brisbane is his options at hooker after Jordan Uelese suffered a bad knee injury in Super Rugby action on Saturday.

Uelese, who was the only capped hooker in the squad with two appearances off the bench last year, will have scans on the damaged joint on Sunday and Tolu Latu, who won four caps in 2016, will train with the squad this week as cover.

The other hookers in the squad, Brandon Paenga-Amosa and Folau Fainga'a, are both uncapped and once worked together as garbage collectors in Sydney before their careers took off.