Centre Billy Meakes grabbed a brace in Auckland as the Rebels won a third straight match to move above the Waratahs to the top of the Australian Super Rugby conference. 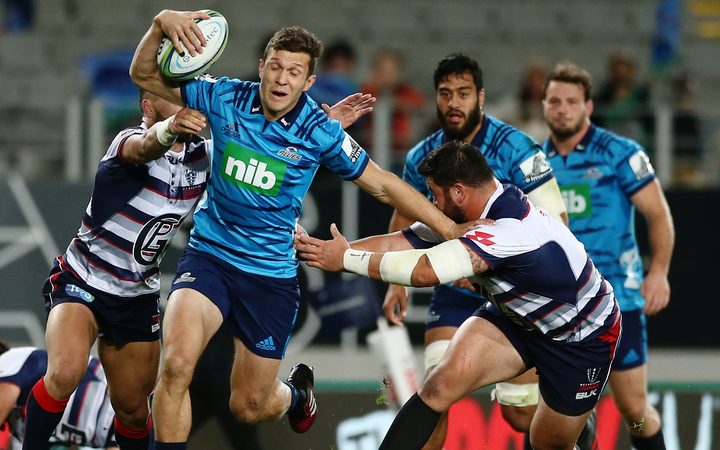 The Waratahs can leapfrog back to the top if they beat the Reds later today in Brisbane.

Meakes struck either side of halftime at Eden Park and fullback Dane Haylett-Petty also crossed as the Rebels got ample reward for their direct running and stout defence.

Terrence Hepetema, who came into the centres for the injured Sonny Bill Williams, scored the only try for the Blues in the 35th minute but the home side were unable to register a point in the second half as they slumped to their 10th defeat of the season.

There was bad news for Australia ahead of their June series against Ireland, Rebels hooker Jordan Uelese and winger Jack Maddocks both limping off in the 70th minute, the former with what looked like a serious knee injury.

It was the first time the Rebels have ever won at Eden Park, and only the second victory by an Australian Super Rugby team over a New Zealand side this season.