Former champion Novak Djokovic proved the fires are still burning within as he spent nearly four hours battling past obdurate Spaniard Roberto Bautista Agut to reach the fourth round of the French Open. 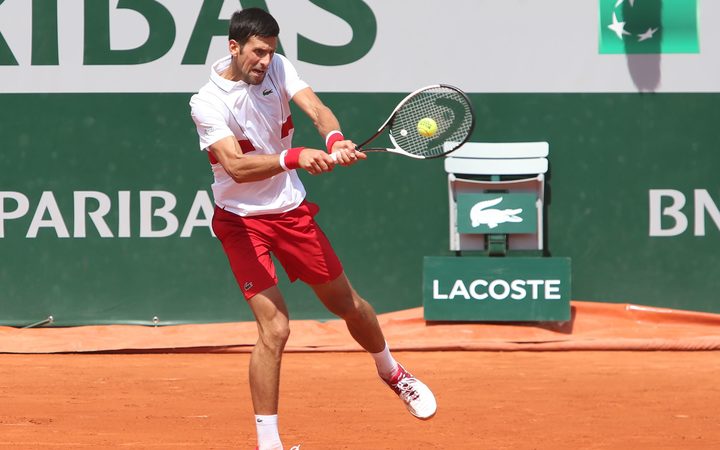 The 31-year-old Serb is still wrestling with his own game as much as the man across the net, but there was plenty of evidence in his 6-4 6-7(6) 7-6(4) 6-2 victory on Saturday (NZ time) to suggest he is approaching the form that earned him 12 grand slam titles.

There were the 51 winners and the way he dug himself out of a hole at the back end of the third set.

There was also the explosion of rage which saw him demolish his racket near the end of the second-set tiebreak.

"In these kind of circumstances, sometimes emotions get the worst out of you, you know, or the best out of you, whatever you want to call it," Djokovic, who is at his lowest seeding (20) in a Grand Slam for 12 years, told reporters.

"At times in my career, these kind of situations, when I would scream or throw a racket, it would kind of wake me up and help me to just kind of free myself from that pressure that is just building throughout the match."

The biggest casualty in round three was men's fourth seed Grigor Dimitrov, who went down in straight sets to the 30th seed from Spain, Fernando Verdasco.

There was also a significant causalty in the women's draw, No 4 Ukranian Elina Svitolina beaten in straight sets by Mihaela Buzarnescu of Romania.

But it was Djokovic who attracted much of the interest, marching into the last 16 of a Grand Slam for the 43rd time, second on the all-time list behind Roger Federer.

After consoling 13th seed Bautista Agut at the net, Djokovic saluted the crowd who raised their colourful umbrellas in approval, clearly enjoying the 2016 champion's resurgence.

"I think for a set and a half and the fourth set, I have played pretty well. The fourth set was the best performance I have had in the tournament," Djokovic, who next plays left-hander Verdasco, said.

After some dark moments since completing his career grand slam at Roland Garros in 2016, the sky appears to be finally brightening for Djokovic who needed elbow surgery this year.

"You go through a rainbow of emotions. Every possible level of the colour of the rainbow, you go through it," he said.

"That's when you have to deal with this kind of emotions and understand how you can get better, how you balance everything that is happening inside so you can come out the next challenge and learn from it and be better."