Waisake Naholo finished off a beautiful team try to ensure the Highlanders kept up their hunt for the Super Rugby playoffs when they beat a spluttering Hurricanes outfit 30-14 in Dunedin on Friday.

The Highlanders leapfrogged the Chiefs into third in the New Zealand conference and up to 40 points on the table, five behind the second-placed Hurricanes and 10 adrift of the competition-leading Crusaders. 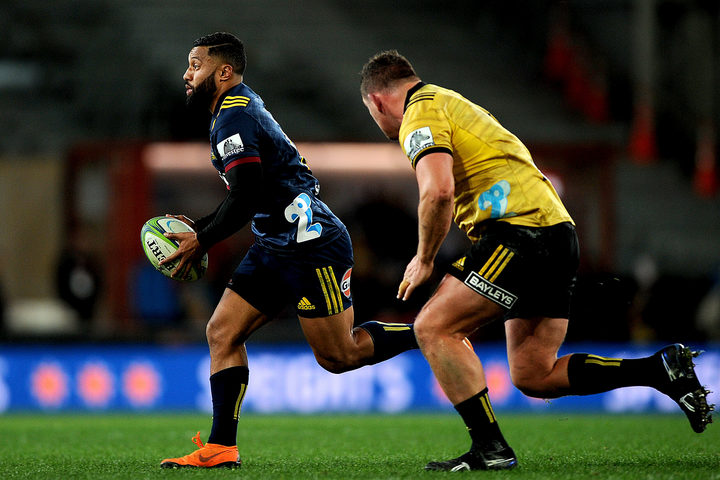 It was the second successive loss for the Hurricanes, who were humiliated by the Crusaders in atrocious conditions last week in Christchurch, after they had won their previous 10 games.

Replacement prop Tyrel Lomax scored his first Super Rugby try, while Tevita Li and Aaron Smith grabbed tries either side of halftime to give the Highlanders of their sixth successive home win this season.

Jordie Barrett and tighthead prop Jeff Toomaga-Allen scored in each half for Hurricanes, who looked mostly clueless and disjointed on attack in the face of the Highlanders' swarming scramble defence.

The Highlanders took an 8-7 lead into halftime when Li scored five minutes after the hooter as the home side kept the ball alive despite the fact they were playing with 14 men after flanker Liam Squire was sinbinned for a swinging arm in the tackle.

Squire's yellow card also negated what would have been Barrett's second try which would have resulted from the same passage of play.

The Highlanders extended their lead after the break when halfback Smith crossed following a jinking counterattack by fellow All Black Ben Smith.

Toomaga-Allen's try after a quick lineout throw caught the Highlanders napping to give the visitors the lead but Lomax's try against the base of the post put the hosts ahead for good.