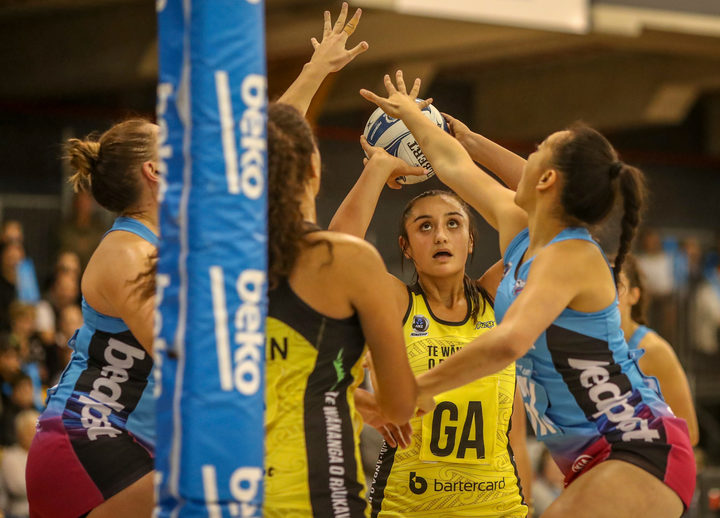 The Pulse have maintained their unbeaten record in the ANZ netball premiership with a record 71-40 win over the defending champions the Southern Steel.

It's the Pulse's highest score in the ANZ Premiership and their their biggest winning margin ever in their eleven year history and also the first time they have won five games on the trot.

Right across the court the Pulse completely dominated last year's champions. The shooting combination of Aliyah Dunn and Tiana Metuarau netted 59 goals between them while the Pulse's defence stifled the Steel's attack which only made 40 of their 56 attempts on goal.

By the end of the first quarter, the Pulses lead was already 21-9 and by half time the match appeared already over with the home team leading 38-17.

The win has extended the Pulse's lead at the top of the ANZ Premiership ladder, the leaders have the maximum 10 points from five wins with the Mainland Tactix in second with seven and the Steel in third on six points.