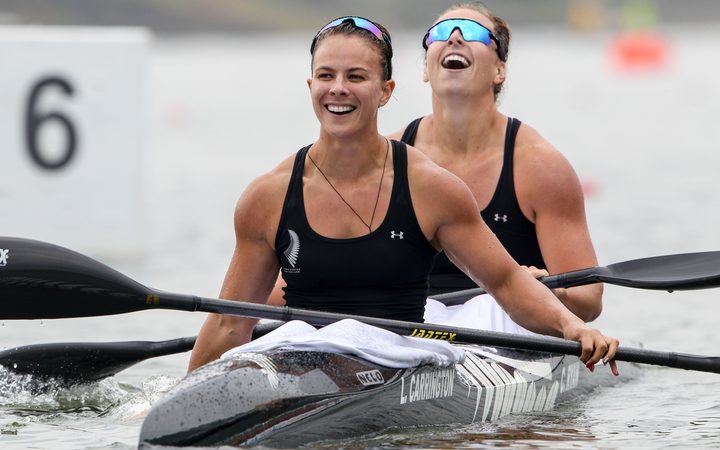 The pair, who are racing internationally together for the first time since their World Champs victory in 2017, won by a solid two-second margin.

"We had a few nerves, so we just wanted to put together a good performance, and I think we managed to do that. " says Carrington

"The K2 was where my first World Championship gold medal came from, so it's something I really enjoy," says Ryan

"It's a challenge, it's doing it as a team, and I really enjoy that team aspect."

The event continues on Sunday with A finals in the K2 200 and K4 500. Aimee Fisher and Lisa Carrington are competing in the K2 200 for the second time after winning World Cup 1 last week.

Rebecca Cole has subbed in to the K4 in place of World Cup winner Kayla Imrie, giving the team an opportunity to test another combination in the heat of competition.