Chiefs and North Harbour prop Karl Tu'inukuafe has been called into the All Blacks squad as an injury replacement. 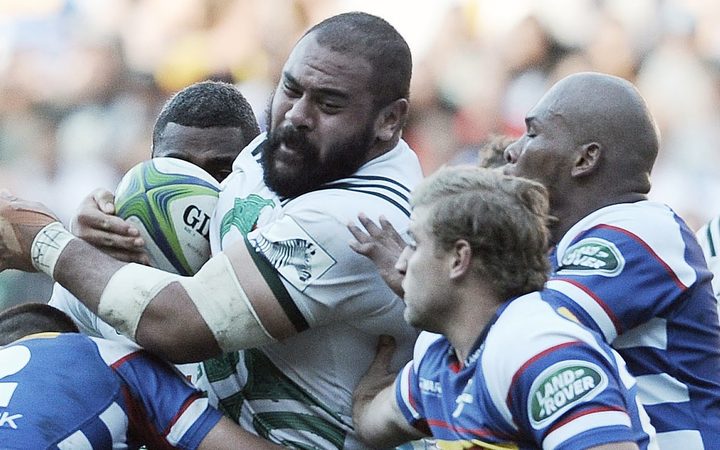 Karl Tu'inukuafe of the Chiefs drives forward during the 2018 Super Rugby game against the Stormers in Cape Town. Photo: © Photosport Ltd 2018 / Backpagepix

Tu'inukuafe will join the squad for next month's three-test series against France after the Crusaders prop Tim Perry suffered a hamstring strain.

Perry will be reviewed by Crusaders medical staff over the next few days, though it leaves them without three All Black props for Friday's top of the table Super Rugby clash with the Hurricanes in Christchurch, after Owen Franks and Joe Moody were suspended for striking.

The All Blacks squad have a camp in Christchurch from Sunday until Tuesday before assembling in Auckland on Sunday June 3rd to prepare for the first Test.

The 25-year-old loosehead Tu'inukuafe first came to prominence back in 2010 as part of Auckland's Wesley College 1st XV, where he propped alongside fellow Chief and All Black Nepo Laulala.

Tu'inukuafe made Counties Manukau age-grade teams and then took a couple of seasons off before kick starting his career with North Harbour in 2015.

He spent a season in French club rugby before returning home and was called into the Chiefs squad late last year by coach Colin Cooper, initially in a development capacity.

But injuries have meant he's made the matchday squad regularly since round five and he has impressed so far in his debut Super Rugby season.