The New Zealand women's hockey team have found some form to claim a comprehensive 4-1 over Japan in their Tri Nations clash in Cromwell.

The Commonwealth Games champion Black Sticks started fast and went ahead inside the opening 10 minutes after Madi Doar struck from the field. 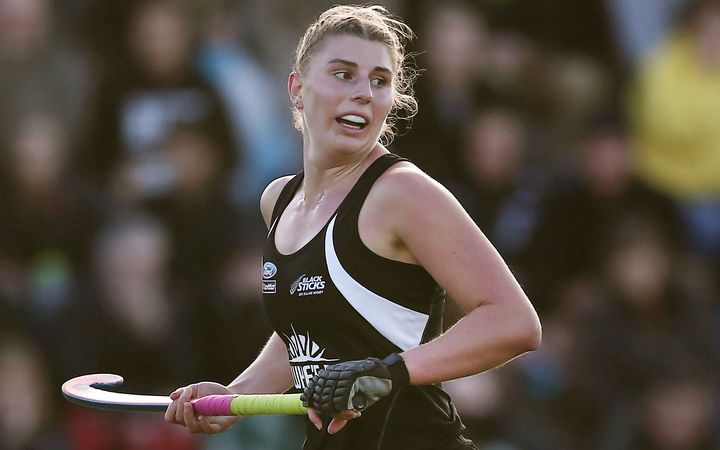 Olivia Merry scored the only goal of the match. Photo: Photosport

Carrying their advantage into half-time, the Black Sticks doubled the buffer in the 33rd minute with Olivia Merry finding the back of the net.

Japan pegged one back just minutes later when Yuri Nagai converted from a penalty corner opportunity.

But New Zealand controlled the fourth quarter and stamped their authority with Anita McLaren (49') and Kelsey Smith (54') both scoring from penalty corners.

Head coach for the series Sean Dancer said it was a pleasing result and one that gives them confidence going forward in the series.

"It was good to get a win and was a much more cohesive team performance tonight, particularly in the second half," he said.

"Defensively everyone worked very hard for each other and we were able to contain the majority of Japan's attack. We played with good energy and some impressive attacking combinations while Anita and Kelsey added the intensity required in our midfield to gain the upper hand.

"It's now time to refocus and prepare for tomorrow's rematch against Australia, who have been impressive in the series so far."

The Black Sticks play their final round robin match at 6:30pm tonight night where they will be looking for revenge against arch-rivals Australia who beat them 4-1 on Sunday.

The finals then take place.