The Crusaders assistant coach Brad Mooar denies they're a dirty team or go out to deliberately hurt other players.

The defending champions will be without All Black props Owen Franks and Joe Moody for Friday night's top of the table Super Rugby clash with the Hurricanes in Christchurch, after the pair both received two match bans for striking. 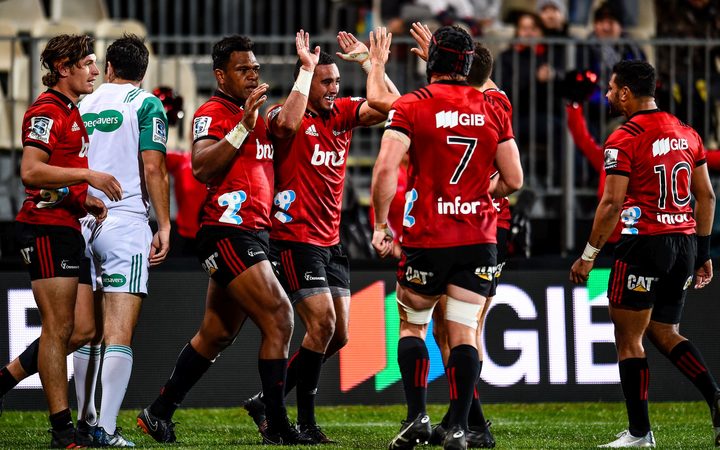 On top of those suspensions the Crusaders have had five yellow cards in their last four games, with some pundits labelling the team 'grubs'.

Mooar says the incidents have all been different and he doesn't believe they have a problem.

"We don't want anyone going through the judicial process and subsequently having suspensions so it's a scenario we have to deal with now and we just need to be tidier around those areas and make sure we don't put ourselves in the position of having to go to the judiciary and going through that process."

Moody was banned for two matches for elbowing Kurtley Beale in the head in a Super Rugby tie against the New South Wales Waratahs, while his Crusaders team mate Franks was handed a similar sanction for striking against the Blues.

Both were named in the All Blacks squad for next month's series against France with All Blacks coach Steve Hansen having some concerns about his squad's discipline.

"I've got concerns about our whole discipline," Hansen said.

"Last year, we gave away too many avoidable penalties. We've talked about that on our foundation days.

"Both guys we're talking about have been out (injured) for a wee while and were probably a little rusty in their techniques.

"They just need to have a look at themselves and give themselves a wee uppercut and get on with it."

Mooar and the Crusaders are also likely to be without All Black midfielder Ryan Crotty for the Canes clash due to concussion, though the should welcome back captain and fill in All Black skipper Sam Whitelock from a head knock.