Rafa Nadal has returned to the top of the world men's tennis rankings after winning his eighth Italian Open title at the weekend to confirm once more his status as the king of the clay court.

The victory over German Alexander Zverev on the Rome dirt ensured the 31-year-old would leapfrog Roger Federer and become world number one for a sixth time ahead of the French Open. 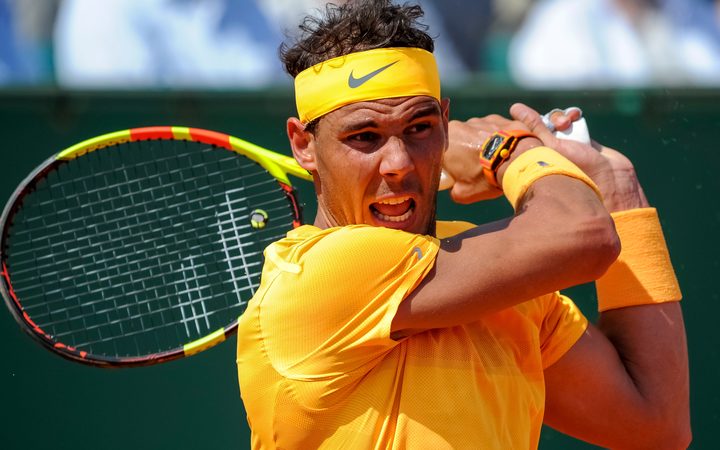 If the rankings were based solely on claycourt play, however, the Spaniard would rarely have left the pinnacle in the 13 years since he won the first of his 10 Roland Garros crowns.

With Federer skipping the claycourt season and top seeding long assured, Nadal will head to Paris next week a strong favourite to get his hands on the Coupe des Mousquetaires for a record-extending 11th time.

"Everything will be different in Paris," Nadal said somewhat disingenuously after his victory at the Foro Italico.

"Of course a win like this helps but in Paris the conditions will be different in every respect. Today is the time to enjoy this victory, not for thinking about Roland Garros."

Despite losing his first service game on Sunday, Nadal removed any doubts over his fitness and form for the year's second major in the opening set.

"I played one of the best sets that I played on clay this year. First set was fantastic, in my opinion, in terms of everything," he added.

"Feeling, good shots, tactically -- everything was, in my opinion great in the first set, no. Returning great. All the things that I wanted to do happened. So, it was a great set."

Zverev, who had won back-to-back claycourt titles over the previous two weeks in Munich and Madrid, hit back to win the second set but a rain delay disrupted his rhythm and Nadal reeled off the last five games to seal his 78th career title.

The 21-year-old German will be second seed at Roland Garros and he took some positives from his performance in Rome.

"I was not far away from beating Rafa on a clay court in a Masters final," he said.

"So I guess I can take that to Paris."