The call comes after fellow analyst and former Springbok Ashwin Willemse walked off set, alleging unfair treatment by his colleagues.

The Sports Ministry believes Willemse's response was based on being called a quota player by the pair and says they should be suspended until an investigation is completed. 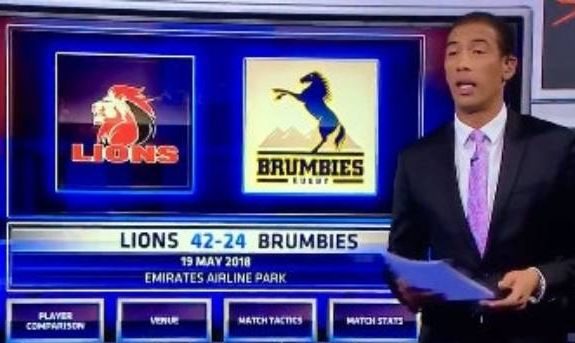 Ashwin Willemse walked off the set at Supersport unhappy over comments from NIck Mallett and Naas Botha. Photo: Supersport

On air Willemse said he was labelled a quota player during his career and accuses Botha and Mallett of patronising him.

South Africa's Eyewitness News reported that while the cameras were rolling, the award-winning former rugby player expressed disappointment and added that he is happy that this is now unfolding in public.

The incident has sparked a mixed bag of reactions from South Africans across disciplines and sporting codes. 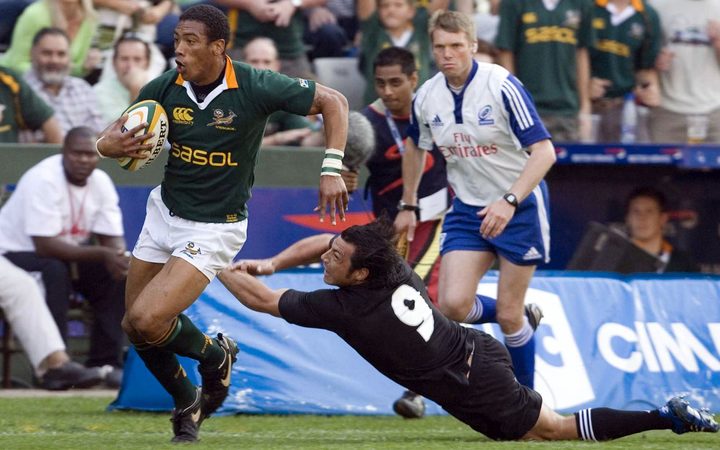 Ashwin Willemse evades the tackle of All Black halfback Byron Kelleher during a tri-nations test in 2007. Photo: Photosport

The Sports Ministry says SuperSport will be endorsing alleged racism if Botha and Mallett are not suspended until an investigation is completed.

Spokesperson Vuyo Mhaga says, "Obviously, we'll call for that [suspension], up until an investigation is done by SuperSport. Failure to do that would be an endorsement, by the sports broadcaster, for an alleged act of racism against Mr Willemse."

Mhaga adds that the department is expecting SuperSport to conduct a full investigation.