The Black Sticks have been beaten 4-1 by Australia following yesterdays loss to Japan. 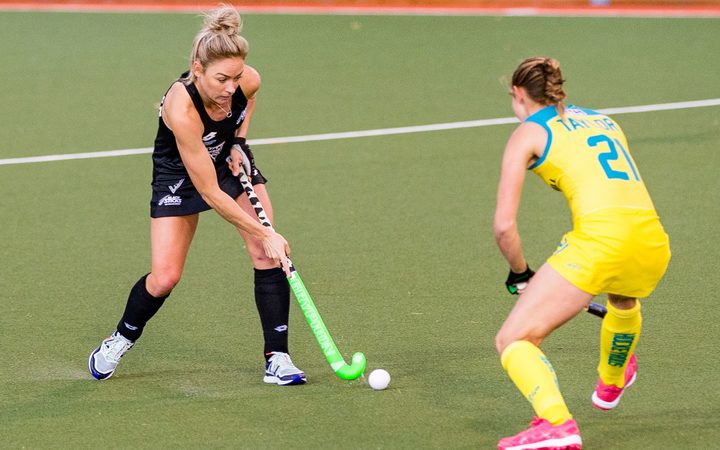 Australia came out firing in a rematch of last month's Gold Coast Commonwealth Games final, opening the scoring in just the second minute through a Jodie Kenny penalty corner flick.

The Kiwis knuckled down after the goal and equalised in the eighth minute when Olivia Merry put a shot into the back of the net.

The Hockeyroos grabbed the lead again through a Brooke Peris penalty corner strike to carry a 2-1 lead into the halftime break.

Momentum went Australia's way in the second half with goals from Lily Brazel (41') and Kalindi Commerford (57') sealing the result.

Black Sticks head coach for the series Sean Dancer said it was a disappointing performance.

"We showed a lack of composure early on which led to cards and ultimately put more pressure on us. Overall it was a disappointing first half performance with Australia dominating," he said.

"The second half saw us connect much better and create some good opportunities but we were unable to score.

"We'll use tomorrow to refocus and prepare well for the next two games knowing we need to come out and play better."

Australia and Japan face off tomorrow while the Kiwis have a rest day ahead of their next clash against Japan on Tuesday night.