The Highlanders winger Tevita Nabura and Crusaders prop Owen Franks will face the Sanzaar judiciary after being cited from the weekend's Super Rugby action.

Nabura was red carded in the Highlanders 41-12 loss to the New South Wales Waratahs in Sydney. 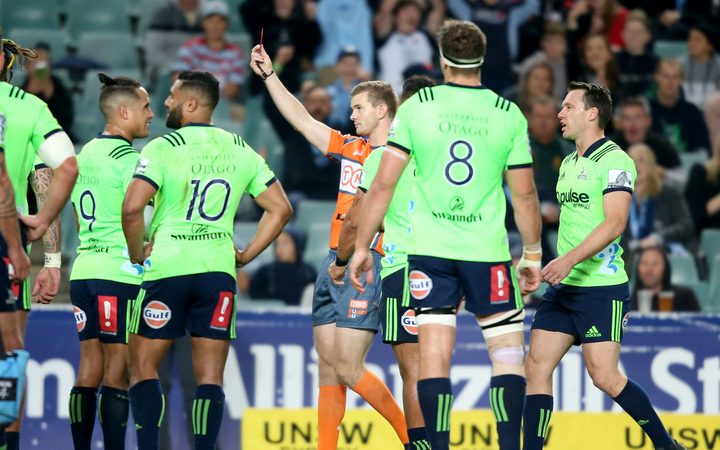 Nabura was cited for kicking Waratahs winger Cameron Clark with a boot to the face as the Highlanders winger caught a high ball.

Franks is alleged to have struck Blues hooker James Parsons with his arm.

The incident was initially missed by the on-field officials but on further review of the match footage, the citing commissioner deemed the incident met the red card threshold.

If Franks is suspended, he will be the second Crusaders and All Blacks prop to be sidelined for an incident that was missed by the on-field officials in as many weeks.