Two more tries to prolific Hurricanes winger Ben Lam may not be enough to see his name read out in the first All Blacks squad of the year. 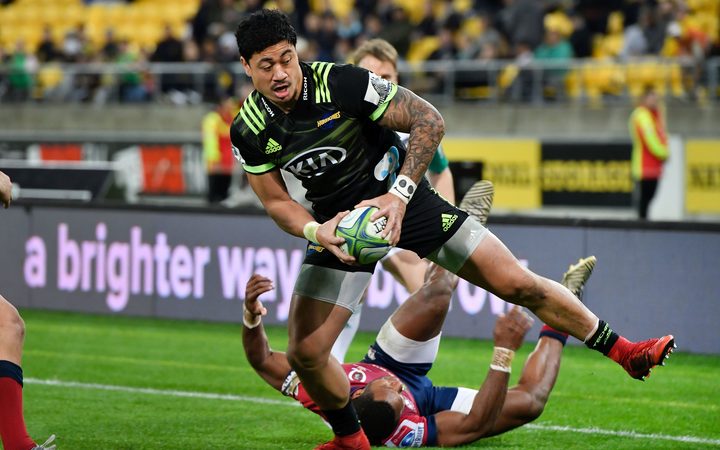 Coach Steve Hansen will unveil 33 players on Sunday to play three Tests against France in June.

As always, the world champions have an over-supply of candidates in numerous positions, something which may count against Lam, who is enjoying a breakthrough Super Rugby campaign.

The powerhouse left winger has scored 14 tries from 10 games and seems almost certain to pass the competition season record of 15.

Yet even a double in Friday's 38-34 win over the Queensland Reds may not be enough to win Lam a place among Hansen's outside backs.

The latter's versatility and experience is likely to be valued higher, although Hurricanes coach Chris Boyd said Lam would be unlucky if omitted.

"He came to us last year carrying quite a serious knee injury and if you'd watched him, he never got into full flight without a limp," Boyd said.

"It was always going to take 12 months for him to find his feet.

"He's the sort of character who, when he's comfortable and happy and enjoying his work, then he can certainly finish."

Hansen's headaches continue in the midfield backs, where a plethora of options present themselves behind the likely starting pair of Sonny Bill Williams and Ryan Crotty.

The playmakers pick themselves, with uncapped Chiefs No.9 Te Toiroa Tahuriorangi expected to win the third halfback berth.

A handful of good loose forwards will miss out, even with captain Kieran Read unavailable as he recovers from spinal surgery.

Luke Whitelock and Akira Ioane are No.8 candidates while rookie Highlanders flanker Shannon Frizzell is considered a potential bolter.

Injuries to a handful of props could open the door for uncapped Crusaders tighthead Michael Ala'alatoa while Liam Coltman may snatch the third hooker birth while Dane Coles continues to battle knee issues.

World class lock Sam Whitelock is expected to be skipper in Read's absence.