The New Zealand rally driver Hayden Paddon has been airlifted to hospital after crashing at the latest round of the world rally championship in Portugal.

Paddon suffered a back injury in a crash on the seventh stage when he went into a ditch after trying to avoid a large rock on the road and was taken to hospital in Porto.

A statement from his Hyundai team on Twitter said due to the severity of the impact, doctors have advised him to stay in hospital overnight for observation and he won't be re-joining the rally. 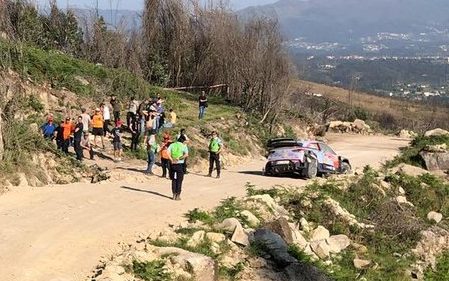 Hayden Paddon's car lies in a state of disrepair in the Rally of Portugal. Photo: Twitter

His co-driver, Seb Marshall is uninjured.

Paddon had just retaken the overall rally lead having won the previous stage and were in a three way battle with Hyundai Motorsport team-mate Dani Sordo and Citroën's Kris Meeke.

Paddon has put a message on social media saying " what a day, looking so promising only for Porta De Lima stage to bite us for a third year in a row. To be on the pace and leading the rally twice today was encouraging, driving within ourselves and looking to consolidate on the final stage of the day.

"But unfortunately I made a small mistake to avoid a big rock on the inside of a corner which sent us wide into the ditch and of course there had to be a culvert in the ditch to stop us in our tracks. Really sorry for the team and everyone supporting us." 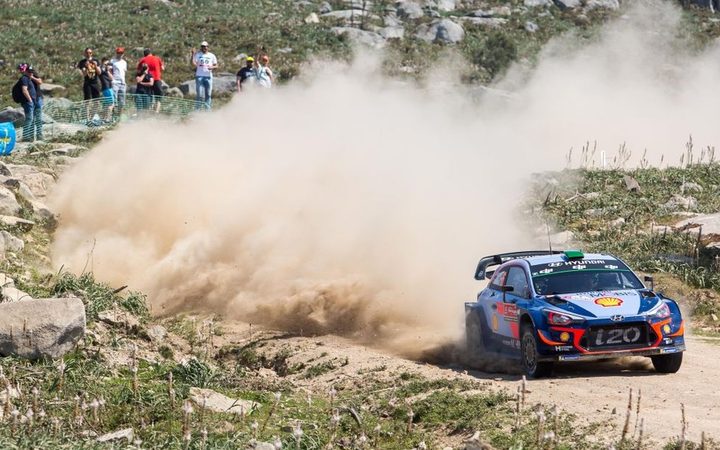 Hayden Paddon competing in the Rally of Portugal before his crash. Photo: Supplied