Aston Villa sealed their place in the English football Championship playoff final after holding Middlesbrough at bay in a tense 0-0 draw at Villa Park that sent the Midlands club through 1-0 on aggregate.

Steve Bruce's side will face Fulham in the final at Wembley as they look to return to the Premier League from which they were relegated in 2016. 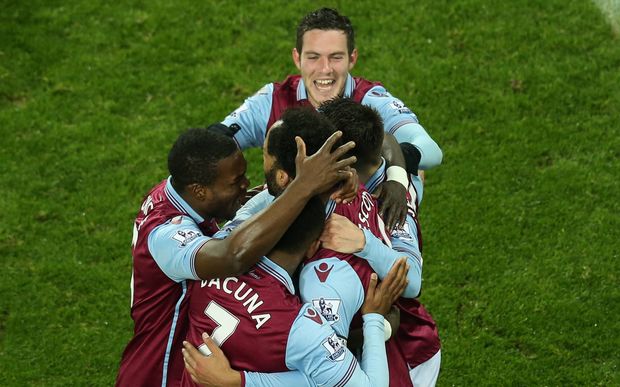 Having won the semi-final first leg 1-0 courtesy of a Mile Jedinak strike, Villa showed some organised defending to hold off Boro who were looking for an immediate return to the top-flight.

At the heart of that defence was former Chelsea and England centre back John Terry who joined the club last year on a free transfer and whose appointment as captain appears to have had a significant impact.

"(We've produced) Two very good performances away and at home tonight. The boys are different class. I think it was important in the first half that we did not concede. Another clean sheet and a great night," Terry said.

"It was intense. I think our game plan worked very well so the manager deserves a lot credit for that. But the boys have been superb and we're off to Wembley with one more to go."

The match began with a minute's applause for former Villa defender Jlloyd Samuel who died earlier in the day at the age of 37 in a car accident.

That proved to be the closest they came to a shot on target all evening and manager Tony Pulis, who began this season in the Premier League in charge of West Bromwich Albion, knew his side were always outsiders to reach the final.

"The teams that have finished third and fourth over a season have got to Wembley and that's justification, if anything," Pulis told Sky Sports.

"It's a hard season, it's a long season but they've been the third and fourth best teams in the league so you have to take it on the chin. It's difficult for me to say that but that's being brutally honest."

The home fans erupted in wild celebrations at fulltime and flooded onto the pitch to join the players.

The playoff final will be held at Wembley Stadium on May 26 where Villa will face Fulham who overcame Derby County 2-1 on aggregate yesterday.

Bruce has led two teams through the playoffs to the Premier League but expected a tight encounter against the Londoners.

"They're a good football side. They've got some good players but, then again, so have we," he said. "We're going to Wembley, let's enjoy it."