The Nelson cyclist George Bennett has improved one place to sixth on the Giro d'Italia but the tenth stage has taken a toll on the rider. 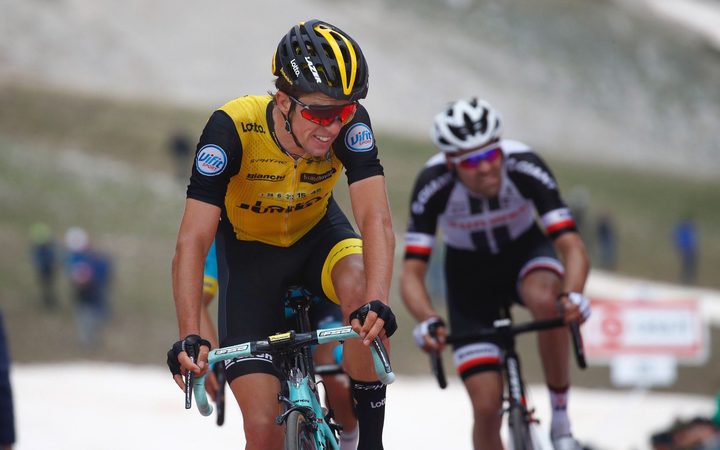 What was expected to be a quiet transition stage - over the longest distance of the entire Giro at 244km - turned into a frantic day of racing which included a couple of climbs.

Bennett's Dutch Lotto team was able to keep him up with the leaders and finished in the main group.... he's now a minute 36 behind tour leader Simon Yates of England.

Yates has extended his overall lead, however his team-mate Estaban Chaves was dropped on the opening climbed and has slipped out of the top ten overall.

"One of those stages we will talk about for a while. I guess anything we gained from the rest day has gone to shit after 250km of suffering!, Big shout out to @koenbouwman and @RGUpdate for laying it down today. Another good ride by @enricobattaglin for 4th. Can't wait for bedtime."

Slovenian rider Matej Mohoric sprinted to victory in the stage

Tonight's Stage 11 is another lumpy one, covering 156km from Assisi to Osimo.