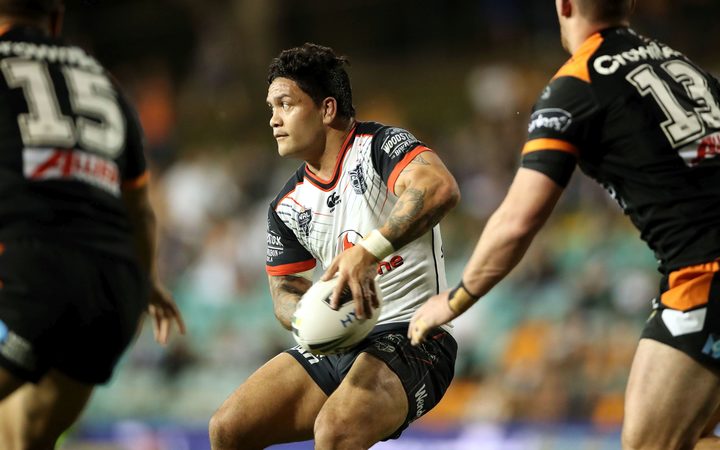 However, he was able to train with the squad today running separately from the players initially before joining the session later.

With Shaun Johnson (ankle) again unavailable, Lino has the opportunity to link up with standoff Blake Green for the fifth time this season.

Luke was named to face the Roosters last week before being ruled out late in the week but is now in line to make his return from the shoulder injury he picked up late in the 26-4 win over the Wests Tigers on May 5. It will be his 240th career appearance.

There's one change to the four bench players used against the Roosters with prop Chris Satae coming in for regular interchange front rower Sam Lisone, who has been ruled out this week.

Satae, who was used off the bench in the round four win over the Roosters, has been performing consistently for the club's Super Premiership side. In 58 minutes in last weekend's 0-11 loss to Western Suburbs, he made 134 metres from 12 runs as well as 32 tackles while a week earlier against the Mounties he ran 146 metres from 13 runs and totalled 30 tackles in 60 minutes.

Coming onto the extended bench in his return from a long lay-off after breaking his leg is Kiwi international Gerard Beale. In his first appearance in the club's colours last week, Beale (27) came through the full 80 minutes untroubled, making 105 metres from 14 runs and producing 12 tackles without a miss.

Beale's inclusion sees eight of the club's 2018 signings named in the extended 21-man squad this week.

The Vodafone Warriors, sitting third just two points behind competition leader St George Illawarra, face their fifth away game of the season this week. So far they have beaten South Sydney, Canberra and the Roosters on the road while losing to Melbourne.

Parramatta lies 16th on the ladder with just two wins so far.

In 38 meetings with the Eels the Vodafone Warriors have 17 wins and 21 losses with four of those wins coming in their last six encounters. However, they have only five away wins over the Eels, the most recent in 2015.