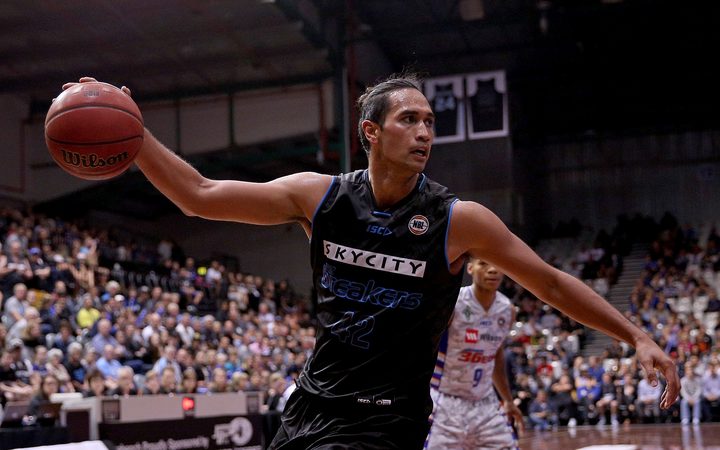 One of the league's premier big men, Wesley is back home with the Breakers on a one-year deal, in a move that will have basketball fans on both sides of the Tasman sitting up and taking notice as Kevin Braswell continues to build his new roster.

Braswell knows Wesley well from his time at the Wellington Saints while Wesley knows the club well after his initial two-year stay, during which he helped the club win one of their four championships.

"I am delighted to once again be working with Tai, I don't need to tell anyone about his quality - he is quite simply one of the premier big men in the NBL," says Braswell.

"His ability to play in the post and yet stretch the floor with his perimeter shooting makes him a unique quality and adds so much to our offence, this is a big day in our off-season planning."

31-year-old Wesley is also thrilled to be back, in the process rekindling his partnership with Braswell from their days at the Saints.

"We are excited to be rejoining the Breakers family, we have only good experiences with them and we felt it was right to come back." says Wesley

"After you have a good year and your contract is up you feel like you want to see what your value is, so that is what we did."

"I have a very close relationship with Kevin and we talked throughout the process so when things came in from the Breakers everything felt good."

Wesley has no doubt he returns for his second stint at the Breakers with more to his already considerable arsenal.

Meanwhile Braswell says the signing makes clear the intentions of the club as they patiently but effectively build an exciting new-look roster.

"The fact that we have secured one of the most sought-after players in NBL free agency says plenty about the Breakers and Tai's understanding of who we are and the values we look to live and breathe, on and off court." says Braswell

Wesley says it is memories of the club on and off-court that helped lure him and his young family back across the Tasman.

"This was always going to be a family decision, it is wherever we go. I always remember and like about the Breakers is the family environment is always prevalent, it was always a focus in the culture of the club." says Wesley

"It was easy for my wife to say we can leave something that we know is good, to go to something else that we also know is really good."

Wesley is the eighth playerd signed to fulltime contracts, leaving four spots open (including imports) and up to three development players.