Opinion - O'Rorke Road in Penrose is a pretty depressing part of Auckland. Running from the train station down to the quasi-motorway that is Church Street, it's a collection of industrial complexes and brutalist office blocks that I had to walk past every day on my way to my old workplace. 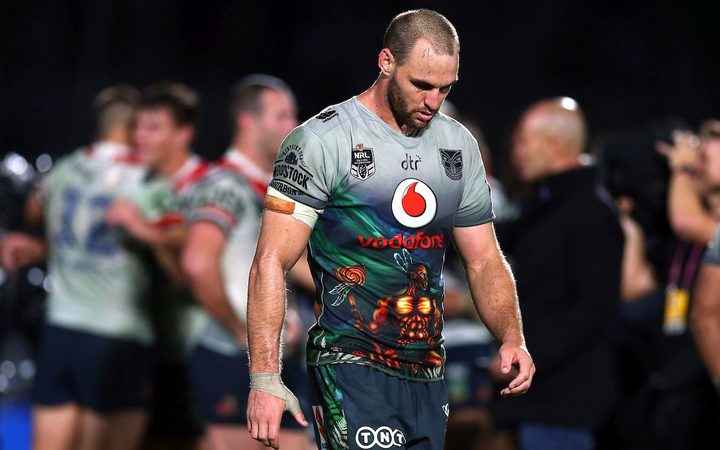 Nothing, from the diesel fumes of passing trucks to the wafting stench of a nearby brewery, smells good. Even on a nice day, it's not a very nice place to be. Saturday wasn't even one of those, as the rain came down when I parked my car there to walk to the nearby Mt Smart Stadium.

I was early, and nervous. Last Monday I'd written a piece asking whether it was time to start believing that the Warriors could win their first ever premiership. I'd strongly hinted that while there was a long way to go, signs were there that it was. All week I was wondering whether I'd end up eating my words.

The arrival in mid-afternoon was to keep an eye on the Warriors Intrust Super Premiership side, who, like the first graders, were having a good start to their season.

I walked into the virtually deserted stadium and ascended the stairs to the media box, where I was pleasantly surprised to find that I wouldn't be alone for the ISP fixture, for the first time this season. Usually I've had the entire western grandstand to myself, but two of the guys from Fairfax had come to watch Gerard Beale make his return after breaking his leg last season.

What followed was tough to watch, unless you like watching textbook three-man tackles and handling errors. Western Suburbs ground out an 11-0 win based purely on defence and a couple of short range tries, while the Warriors managed to get over the line five times - only to be held up or tackled into touch. Beale did little other than helpfully wear a pair of bright orange boots to help us spot him on the pitch, and we had to listen to a PA announcer try and pump up a crowd that hadn't actually arrived at the park yet.

More media wandered in during the dying stages of the game, all asking the same thing and getting the same answer:

'Has Beale done anything yet?' 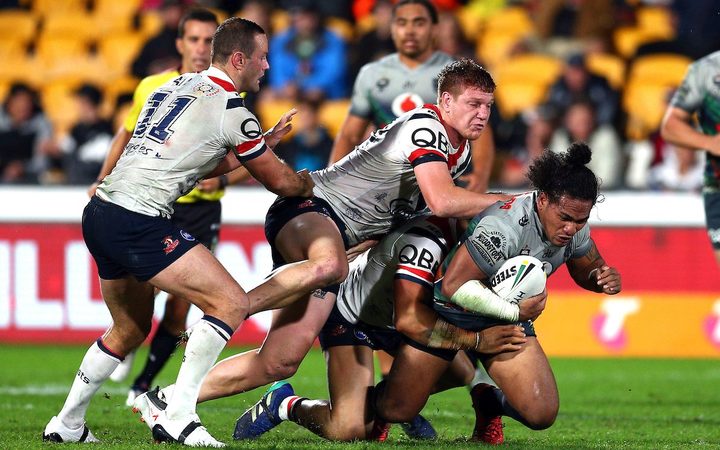 By the time the Warriors first grade side walked out, the crowd had grown to a healthy 14,000 and few would've even known the reserve grade score. If they did, they might've realised it was a premonition of things to come. The Roosters were smarting after the 30-6 flogging at the hands of the Warriors back in March, and the seemingly psychotic Dylan Napa took it upon himself to make up for it.

His shoulder charge on Agnatius Passi after 15 minutes of the game was, on one hand, completely illegal. At the same time, it literally stopped the Warriors dead in their tracks with the scores locked at nil-all. They never recovered, but Napa made sure to put an explanation point on his vicious statement by laying out Isaac Papali'i in the second half. Both Warriors had to leave the field for medical treatment and the Roosters prop was put on report.

Apart from a couple of sharp intakes of breath at the hits and the tapping of keyboards, it was deathly quiet up in the media box. But the looks on the faces said it all: this was the Warriors at their worst, again. At least they'd scraped together a couple of tries in their hiding by Melbourne back on Anzac Day, but this was almost as painful to sit through as the punishment that Napa was dealing out.

In the end, it was 32-0 and the Warriors were lucky to accumulate that total. There was nothing there at all to take away other than they can only go up from here. We packed up and left, walking away from the harsh glare of the Mt Smart lights. There was no hustle and bustle, because a great deal of the crowd had already filed out before the final hooter had gone.

My car, which I'd worried about being towed, was thankfully still on the desolate and dark O'Rorke Road. Before I joined the traffic back to the city, I pondered exactly how two sides with tremendous home records this season managed to combine for not even a single point in one afternoon.

That's Warriors footy, I guess. Beautiful one day, downright depressing the next.