Wallabies star Israel Folau has again courted controversy after posting a link on social media to a video that warns against "tolerance" of same-sex marriage. 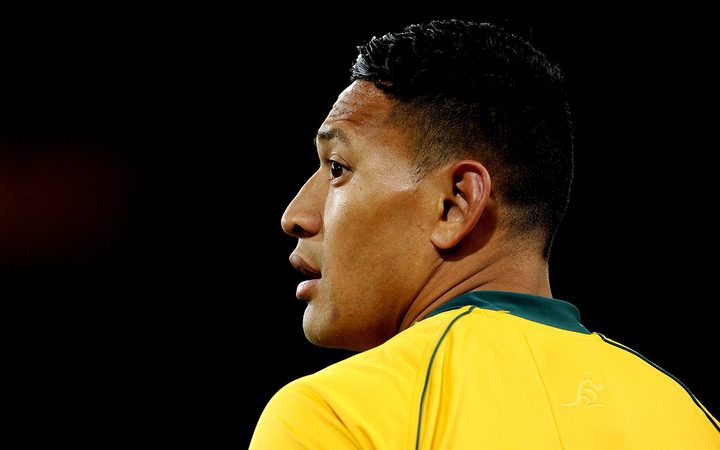 The video posted to Twitter features an 11-minute sermon by dead American evangelist David Wilkerson who warns of "sexual perversions beyond description".

Folau tweeted the video along with a message asking people not to close their hearts and while stating his actions were motivated by love.

"With great love, I wanted to share this video in the hope that people watch it and think about it," he said.

"Jesus is coming back soon and he wants us to turn to him through repentance and baptism in the name of Jesus Christ (Acts 2:38) please don't harden your heart," he said. 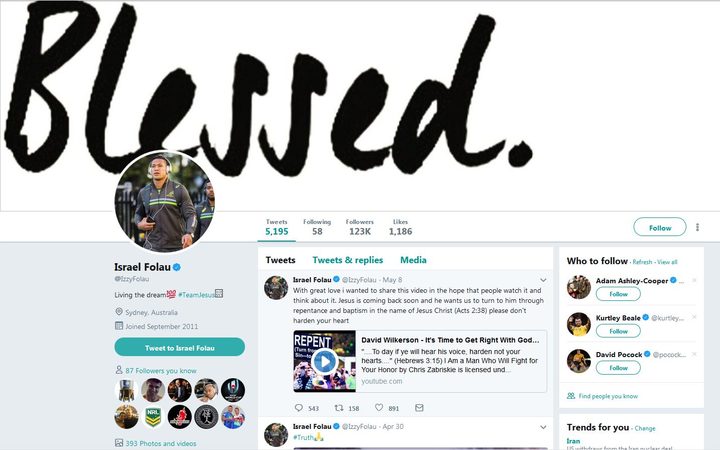 The video is called "It's time to get right with God" and features the evangelist's fire-and-brimstone sermon.

Wilkerson, who died in a car crash in 2011, had long preached about homosexuality as an abomination.

Rugby Australia opted not to sanction Folau in April after he used Instagram to suggest gay people would go to hell unless they repented their sin, despite sponsors, including Qantas, raising concerns over his anti-homosexual views.

Folau took to Twitter again after the post to respond to a message from a fellow Christian critical of the video and his tweet, who requested apologies for the LGBT and Christian communities.

The star ignored the request saying his message was a warning motivated by love.

"Warning people of eternal punishment if they continue to live in their sin isn't judgemental. It's called love," he said.

"I won't apologise for believing and following the word of God. May God open your eyes to what a true believer is. God bless!"