Former All Black first-five Carlos Spencer has signed on as an assistant coach at the Hurricanes from next season. 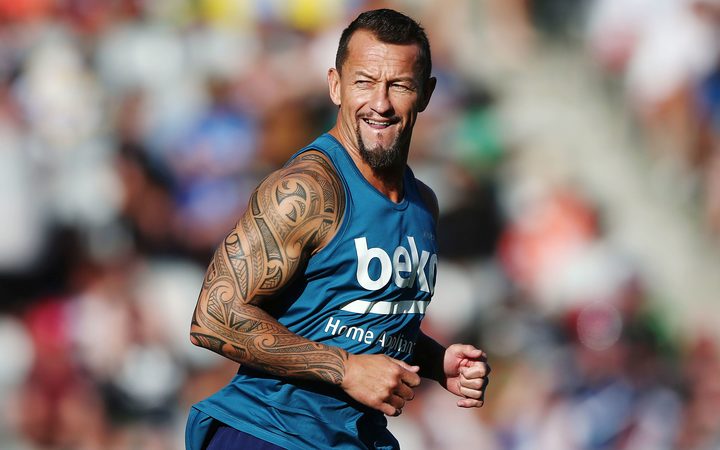 The Hurricanes will have an excellent mix of continuity and fresh ideas in their coaching ranks for 2019.

Forwards coach Richard Watt and scrum coach Dan Cron have committed to the 2019 group alongside next head coach John Plumtree who replaces the current and outgoing head coach Chris Boyd along with Jason Holland.

Joining the quartet will be former All Black first-five Carlos Spencer who will take on the role as assistant coach.

Plumtree was delighted to be able to lock in the coaching staff so early to enable them to concentrate on the remainder of the 2018 season and the work required to give the Hurricanes the best possible chance of winning the Investec Super Rugby title.

He believed the work the coaching staff were doing at the moment would only be enhanced with Spencer's involvement.

"I've worked with Carlos in South Africa when I was at the Sharks and I was impressed with him from what I saw then," he said.

"He has carried on that good work, not only in South Africa but in Japan, and I really look forward to working with him again. Everyone that I've spoken to about Carlos and the way he operates has impressed me and he is really positive about joining the group and the club."

Plumtree said Watt and Cron had proven ability in their roles and the players continued to respond to what they were trying to achieve.

"I think it's really important to maintain that continuity in those areas and it's really good to be able to go to guys I know will deliver. Carlos will bring in fresh ideas and that's also important."

Spencer said he had long held an ambition to return to New Zealand and coach in a full-time capacity and was delighted to be afforded an opportunity with the Hurricanes.

"We are all moving in the same direction from the conversations I've had with Plum and I'm sure we will continue to reach and carry on the high standards the Hurricanes club demands."