Netball's Super Sunday ended with a bang as the Mainland Tactix came from behind to nab a 61 to 60 extra time victory over the Northern Stars. 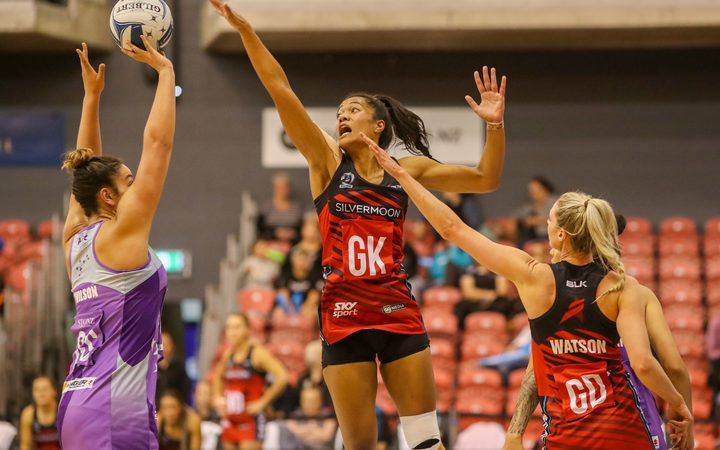 They beat the Stars 61-60 in what was an eagerly anticipated match-up between the two new-look sides - rounding out Super Sunday with a nail-biting result.

For the first time in ANZ Premiership a match went into extra time with scores locked at 55-55 after regulation time.

A mix-up between Stars shooters Paula Griffin and Maia Wilson snuffed out the Stars hopes of levelling the scores again late in extra time as the Tactix held their composure to net their first points of the season.

The Tactix were forced to come from five goals down in the fourth quarter to give themselves any chance of winning and their rebounding prowess paid dividends as the intensity lifted.

Silver Fern Temalisi Fakahokotau and captain Jess Maclennan picked up plenty of ball to keep the Tactix in the game as momentum shifted with just two minutes left in regulation time. 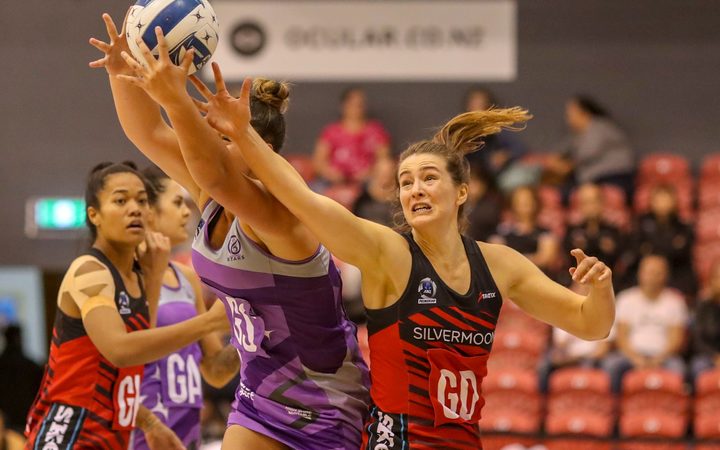 Mainland Tactix captain Jess Mclennan contesting the ball in round one against the Northern Stars Photo: Photosport Ltd 2018 www.photosport.nz

The Tactix were also forced to make personnel changes in extra time with influential wing attack Erika Pedersen exiting the game with what looked like an ankle injury.

It marked a return of Brooke Leaver who had impressed at goal attack in the first half and was a surprise omission for the second 30 minutes.

She showed a cool head the pressure of extra time while the Tactix defence again were quick to snaffle any rebounds.

It may have been the season opener for these two teams - who propped up the points table last year - but they had plenty to prove with both touted as major ANZ Premiership threats.

That enthusiasm led to some early errors in a messy first few minutes but it was the Tactix who steadied the ship first to climb on top.

The defensive duo of Fakahokotau and Jane Watson hustled hard in the opening exchanges to pick up a number of gains.

Four goals adrift at the first break, there was a feeling however that the Stars were finding their rhythm particularly on attack as they went about slashing the deficit.

Silver Fern and new Stars recruit Grace Kara showed her value early on with her vision into the circle and she made an immediate connection with former Silver Fern Paula Griffin who was introduced in the second quarter.

Griffin relished her minutes on court as she made herself available for ball and showed little fear with her long range radar.

Tactix wing Zoe Walker struggled to contain Kara and was replaced late in the half by New Zealand Under-21 mid-courter Charlotte Elley.

The Stars levelled the scores with five minutes remaining and went into the main break with a one-goal advantage.

Tactix coach Marianne Delaney-Hoshek went to the bench for the third quarter with Maclennan coming on at goal defence and Watson replacing Fakahokotau. Shooter Ellie Bird also made an appearance with import Kate Beveridge moving from goal shooter to goal attack.

The Stars mid-court cohesion started to make an impact in the third quarter as Kara and centre Emma Iverson found their shooters with ease as they opened up a five-goal buffer late in the spell.

But a few missed goals in the shooting circle gave the Tactix the opening they were looking for as they finished regulation time strongly.