American golfer Peter Malnati earned his first halfway lead on the PGA golf Tour by opening up a one-stroke advantage over Jason Day and Aaron Wise at the Wells Fargo Championship in North Carolina. 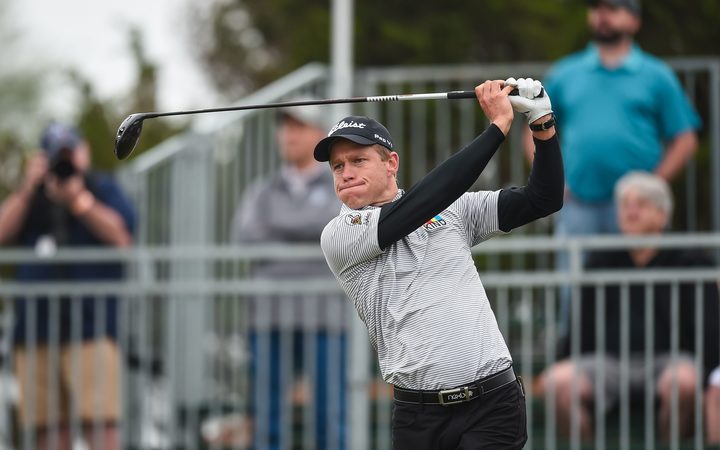 While Tiger Woods and Rory McIlroy slipped nine strokes off the pace, Malnati used his cross-handed putting stroke efficiently, banging in two late birdies for a three-under-par 68 second round on the Quail Hollow course in Charlotte.

Woods putted poorly on slow greens to card a 73 and slump to equal 48th with, among others, birthday boy McIlroy.

"I've had ample time to make the adjustment and I haven't," said Woods, whose lone birdie came at his final hole.

Leader Malnati, ranked 673rd in the world, has not finished better than 30th in 17 starts on tour this season but he said he had adopted a more relaxed attitude this week.

"I'm feeling good, confident in what I've been doing, and I'm letting it show on the course rather than letting it stress me out," said the 30-year-old, who has one victory on the Tour.

Second-placed Day showed glimpses of the form that took him to the world number one ranking two years ago.

"The irons just need to tighten up. Once that starts to happen I think things are going to switch pretty quickly."

Last August, Day was in contention late in the third round at the PGA Championship at Quail Hollow, until a quadruple bogey at the 18th hole all but ended his chances.

But he still likes the course.

"It's a major championships golf course so you've got to be patient and take your chances when you get them," he said.

McIlroy has won twice on the course but Friday was not a particularly happy 29th birthday for the four-times major champion, who limped home in 40 strokes on the back nine en route to a 76.

It was his worst score in relation to par in 32 rounds at Quail Hollow.

First-round leader John Peterson also had a poor day. After opening with a 65 on Thursday he shot 77 to go from two shots in front to seven behind.