Stephen Kearney has challenged his Warriors to put a freakish half of football behind them and return to NRL winning ways against the Wests Tigers.

Back at their Mt Smart Stadium stronghold on Saturday and potentially boasting their strongest team, the third-placed Auckland outfit want to prove their 50-10 Anzac Day shellacking from the Melbourne Storm was a blip. 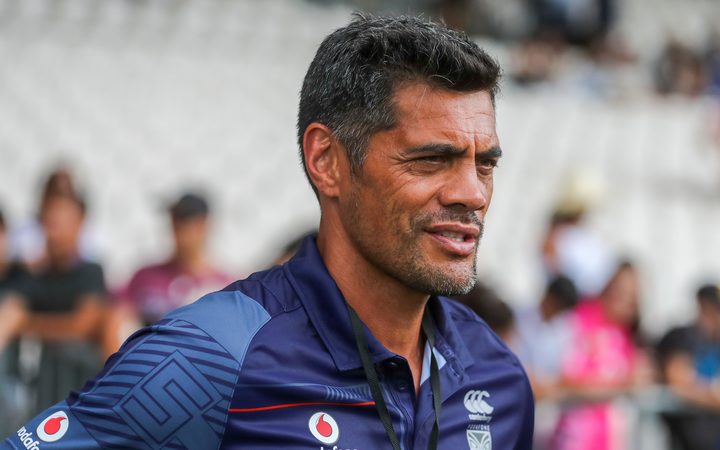 The 38 points conceded in the first half was the most the club had leaked in an opening stanza since 2004, in a humiliating loss to the Tigers in Christchurch.

Coach Kearney says those sort of scorelines aren't what his 2018 side are about, having won six of seven before what he described as an "ambush" against the red- hot defending premiers, who could do no wrong.

"We ran into a bit of a whirlwind at the Storm, that's probably a nice way of putting it," Kearney said.

"Everything that went their way, did really go their way.

"But we know ourselves we're a lot better than that. That's what the focus has been this week, getting back to what's worked for us over the first seven weeks especially."

The 10 days' preparation has given time for key trio Shaun Johnson, Tohu Harris and Solomone Kata to return to full fitness.

If key hooker Issac Luke defies all odds and starts, Kearney will field a side that many pundits would regard as his best.

Luke was named to start despite suffering a knee injury against the Storm which the Warriors initially said would sideline him for a month.

Realistically, versatile recruit Karl Lawton is poised to make his club debut to give Kiwis veteran Luke another week to recover.

Lawton was signed from the Gold Coast when rake Nathaniel Roache suffered a season-ending back injury in March.

Kearney said the 22-year-old had impressed him in 12 Titans appearances across two seasons, admittedly in a range of positions.

"He's played out in the centres, he's played a bit at lock and a bit of dummy half and I thought he'd be a good fit for us.

Kearney his players are well aware an arm wrestle looms against the fifth-placed Tigers, who are stinging from narrow losses in their last two games.

Both teams are among the season's best for completion rates and various defensive statistics, suggesting a slugfest looms.

"They're just a really gritty side," Kearney said.

"They're just working for each other and sometimes that's all you need to win a game of footy - looking after each other."

.. The Tigers are aiming for a fifth straight win over the Warriors, the longest streak by either in their rivalry.

.. The Warriors' 59 points conceded through their first four home matches this season is the lowest for a decade.