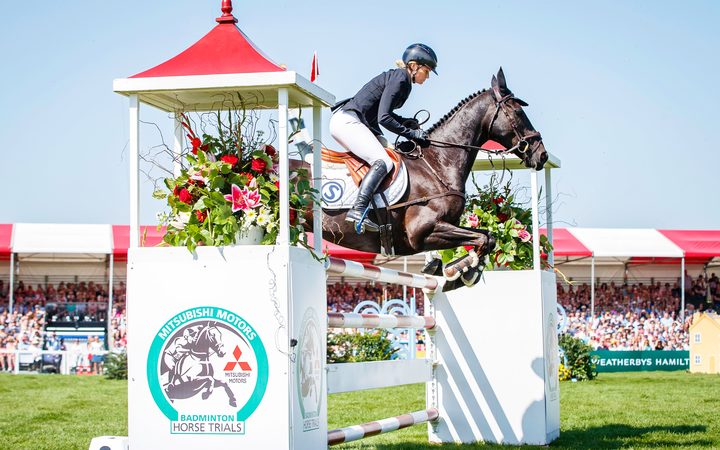 Jonelle Price and Classic Moet in action during the showjumping. Photo: Photosport

The 37-year-old went into the final showjumping round in the lead, after a near flawless cross-country round yesterday.

Last year's winners, New Zealander Andrew Nicholson and Nereo, had to withdraw after the final horse inspection before the round.

They were in 12th place.

Price and her horse incurred just 0.4 penalty points in the cross-country, a near perfect score, to jump from 22nd place to second.

"She is some horse at cross country, Price she said of Classic Moet. "Her speed is quite phenomenal. There really is no other like her and to show that time and time again is really special."

She had worried they would be "a little rusty" coming into Badminton with just one run but she needn't have. They had to take the long option at the lake but quickly made up the time.

"We certainly dug ourselves out of that hole and to get that close to the time after having to take the long option was really remarkable. We were 16 seconds down at one stage. I owe it all to her. She is some mare and comes into her own on a day like that."