Kayaker Scott Donaldson has begun his attempt to be the first person to successfully kayak from Australia to New Zealand solo.

The ex-pat New Zealander came agonisingly close to completing the the trip after 84 days at sea in 2014.

He'd paddled half the distance across the Tasman sea with damaged rudder and then got caught in a storm 80km off the coast of Taranaki and had to be rescued. 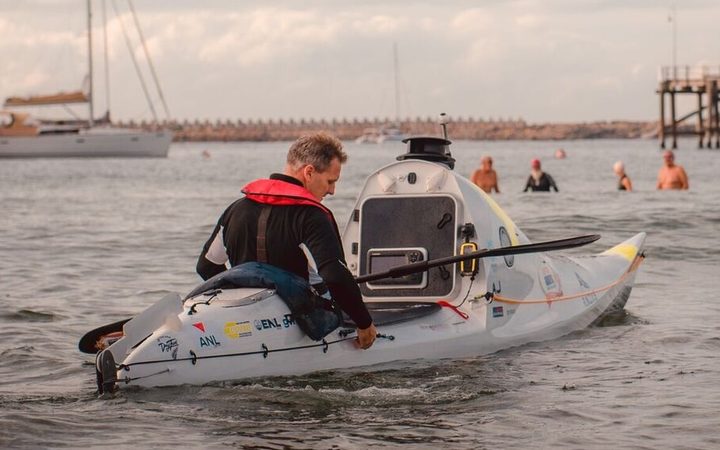 Months of preparation have gone into the attempt, and also waiting for the right weather window and Donaldson won't put any prediction on just how long the journey will take although he'sis hoping it will be quicker than his last attempt.

"I'm not predicting. It's the Tasman, that's why it's hard. 84 days last time so quicker than that."

Donaldson is aiming to make landfall on the Taranaki Coast - a distance of 2200 kilometres although he will likely paddle 3000 kilometres.

"This time around it's about that last 80 kilometres that didn't get done last time, it's about finishing the job off."