The Auckland motor racing driver Scott Dixon has finished sixth in the rain delayed fourth round of the Indycar series in Alabama.

The race was stopped yesterday because of heavy rain. 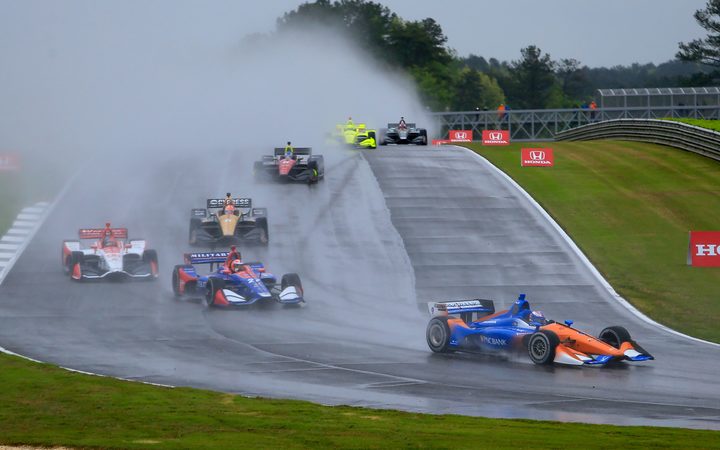 Scott Dixon in the rain in Alabama. Photo: PHOTOSPORT

Dixon started ninth when the race resumed today and did climb to third before the rain started to fall again with a few laps to go and he dropped down the field.

He falls one spot to seventh in the overall standings.

Dixon had issues with the pit lane (speed) limiter today and he feels that cost him a few spots.

"It's been a rough start to the season, I think the one stop strategy would have put us third quite easily, but the rain mixed that up and I think we pitted a bit too late on that situation and lost a bunch of track time."

"It is what it is man, we just can't seem to break out of this funk right now and hopefully we can get on our way now and get some points."

With the win, Newgarden recaptured the unofficial points lead after four of 17 races.

The reigning IndyCar Series champion has 158 points and a 13-point advantage over Alexander Rossi, who gambled longest on slick tires and finished 11th today.