Manchester United have inflicted yet more FA Cup semifinal misery on Tottenham Hotspur as they recovered from a poor start to win 2-1 at a packed Wembley Stadium. 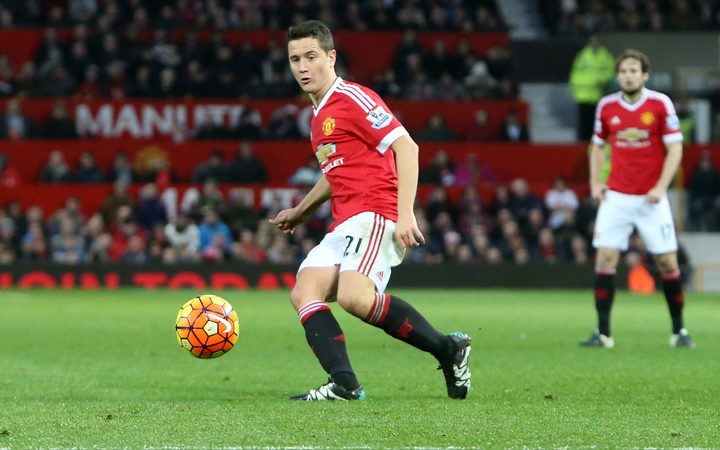 Tottenham, playing on the ground which has been their temporary home all season, got off to a dream start on Sunday (NZ time) when Dele Alli scored from close range but Alexis Sanchez equalised with a header and Ander Herrera fired United's winner midway through the second half.

A tight game was settled just past the hour mark when Ander Herrera fired United in front.

While United, who will play in their 20th FA Cup final, can look forward to the prospect of finishing the season with some silverware, Tottenham must pick themselves up after an eighth successive semi-final loss in the competition.

Standing between United and a record-equalling 13th FA Cup triumph will be Chelsea or Southampton, who play on Monday.

"We deserve it. If we split the match into periods we were the best team for many of these periods," United manager Jose Mourinho, bidding for a third trophy for United since taking over from Louis van Gaal in 2016, said.

"We lost control after the 1-0. At halftime we spoke -- we came back late for the second half because we spoke a lot -- and organised ourselves."

Sanchez, who has struggled to hit the heights since joining United from Tottenham's arch-rivals Arsenal in January, finds Wembley an inspiring backdrop and took his goal tally there for club and country to eight with a tireless display.

Yet it was Tottenham, looking for a first trophy for 10 years and something tangible to show for all the exciting progress made under manager Mauricio Pochettino, who dominated early on.

The white end of Wembley erupted after 10 minutes when a sweeping move ended with Alli putting Spurs in front.

Central defender Davinson Sanchez, who kept the experienced Toby Alderweireld on the bench, curled a pass down the line to Christian Eriksen and the Danish playmaker's precise cross was stabbed home by Alli at the back post.

Alli was also denied a second as Phil Jones made a crucial intervention while at the other end Romelu Lukaku headed over after a rare United foray forward.

United, however, weathered the storm and were level after 24 minutes. Mousa Dembele was out-muscled by Paul Pogba out wide and the Frenchman's cross was headed expertly past Michel Vorm by Sanchez -- one of the smallest players on the pitch.

Tottenham were the width of the post away from re-taking the lead on the stroke of halftime when Eric Dier's daisy-cutter flicked off Chris Smalling's shin and on to the upright.

Tottenham's superior possession lacked conviction in the opening stages of the second half and there was a sense that Mourinho's United were in game-management mode.

They struck in the 62nd minute with Sanchez this time cutting a pass across the area which fell to Herrera who steadied himself before firing a shot through the legs of Ben Davies and past a slow-to-react Vorm.

With United's fans in full voice and a sea of red at Wembley's west end, Spurs barely threatened David de Gea's goal in the closing stages as their 10-year trophy drought continued.

United could even have added to their lead with Pogba forcing a smart save from Vorm.

"We are disappointed because we are so close," he said.

"We need to think, move on, finish the season and try to finish in the top four."