Warriors star Shaun Johnson has been ruled out of tonight's NRL blockbuster against top-of-the-table St George Illawarra with injury.

The third-placed Warriors announced Mason Lino would start at halfback, with Anthony Gelling to make his season debut for Solomone Kata. 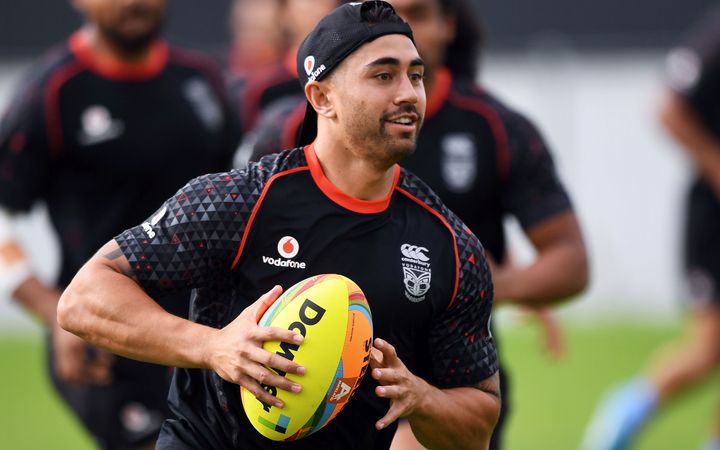 Shaun Johnson has made it clear he wants to stay with the Warriors. Photo: PHOTOSPORT

The clash will lose some of its lustre because of Johnson's injury, with the words "blockbuster", "Dragons" and "Warriors" traditionally not belonging together.

The two clubs - or three if you include the four years of the Warriors' existence before St George and Illawarra merged - have made the finals just five times in the same season.

They have never met in a finals match.

This makes tonight's match the biggest played between the two sides.

And despite them sharing just one loss between them this year - in the Warriors' nine-point defeat last week to Brisbane - it's potentially crucial to shaping their seasons.

Stephen Kearney's men have a difficult run ahead with games against Melbourne, the Wests Tigers and Sydney Roosters, and can ill afford to hit that patch off two-straight losses.

This has also historically been a defining point in the Dragons' season over the past few years.

The Red V's fall from the top of the ladder has started around Anzac Day in two of the past three years, and coach Paul McGregor has already spoken at length about why he believes 2018 will be different.

"They're probably the form spine of the competition," Kearney said.

"They're putting real pressure on opposition teams with the way they attack."

The Dragons have averaged a league-best 32 points a game over the first six rounds, while Widdop leads the in try assists and line-break assists.

At the back, Dufty's speed and step have brought him six tries, a figure bettered only by the eight of Warriors winger David Fusitu'a.

For Kearney, the best way to defend against the 22-year-old Dufty, who heads the NRL in line breaks, is to avoid giving him the ball. Failing that, stay switched on.

"We just have to make sure that, when he does carry the footy, we're all alert because he catches the ball on one side of the field and he's on the other side of the park very quickly."

St George lllawarra have won 13 of their past 14 matches against the Warriors, and 21 of the 26 the teams have played.

The Dragons (79.8 per cent) and Warriors (79.7 per cent) have the best completion rates in the competition.

The Warriors are making the most offloads with 16.5 per game