The Brisbane Bullets have confirmed the signing of Breakers forward Mika Vukona on a two year deal. 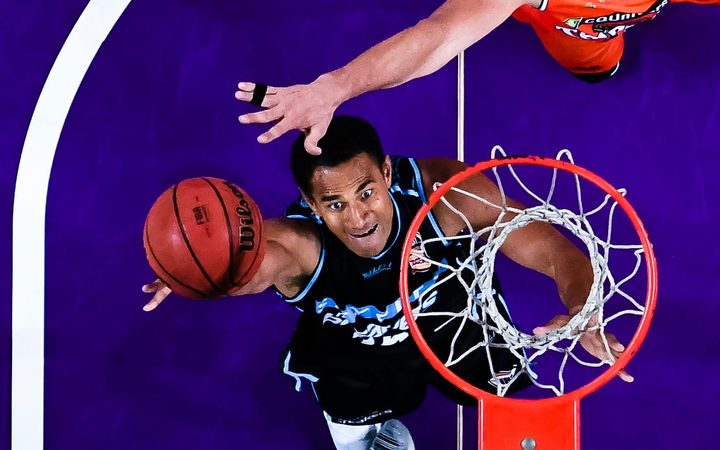 Mika Vukona in action for the Breakers. Photo: Photosport

Vukona, is a five-time NBL Champion, and has played for the Breakers on and off since 2003.

Vukona, who won four titles with the New Zealand Breakers, and one with the South Dragons, is coming off his 17th NBL season where he played his 400th NBL game.

The 35-year-old is known for his toughness and uncompressing attitude making him one of the most respected players in the league.

"Mika is the ultimate team player who will do what it takes for others to be successful and that the sort of person you want at a club." said Coach Andrej Lemanis.

Vukona has known Lemanis, Assistant Coach CJ Bruton and General Manager Richard Clarke for over 10- years and it is his trust in them, the process and the direction of the club that really motivated Vukona and his family to move to Brisbane.

"Just to get that excitement back to see their goals and what they have in place for the Brisbane Bullets, for the future and moving forward really excites me" said Vukona.

In 30 games for the Breakers last season, Vukona posted averaged of 6.2 points and 6.2 rebounds per game while also representing the New Zealand Tall Blacks in the FIBA World Cup Qualifiers as well as the Commonwealth Games where he came home with a bronze medal.

Vukona was one of multiple recently speculated signings for Brisbane following Cam Gliddon's signing which was previously announced, with reports elsewhere indicating more new additions are soon to follow.