Former player Kevin Braswell is to take over as the Breakers new head coach.

The American takes over from Paul Henare, who didn't seek a contract extension last month. 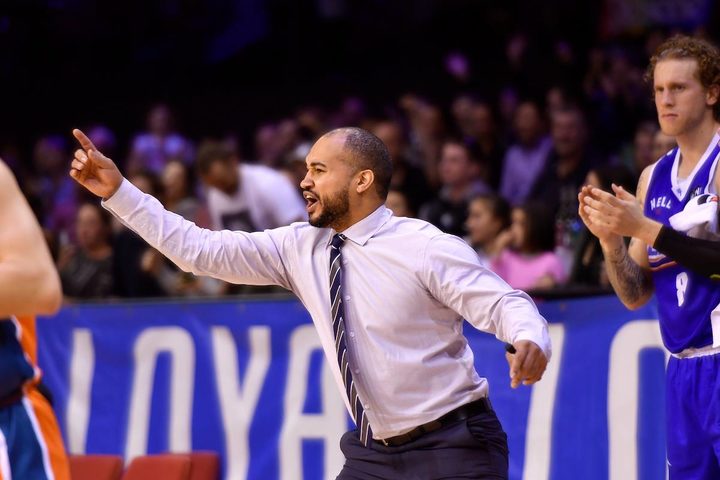 It is full circle for Braswell, he arrived at the Breakers in 2010 and helped spur the club on a remarkable end of season run that all but earned them a playoff berth, before returning to help the club to their first NBL title the following season and being named NBL Best Sixth Man and a reputation as one of the league's best 'closers'.

The Baltimore native has since gone on a decorated run as a player and coach in the New Zealand NBL, firstly with the Southland Sharks (2010 - 15) and then Wellington, coaching the Saints to back to back titles in 2016 and 2017.

Breakers CEO Matt Walsh is excited about bringing Braswell back into the fold.

"We are delighted to announce Kevin as our next Head Coach, someone who knows the club and has a strong association with the NBL, to lead our basketball programme in what will be exciting times for the club, the league and for the fans.

"This has been a tough process with KB winning out over a list of high quality candidates. His vision for the team and the style of play that he will bring fits with our vision as owners and he knows the club and the values we look to live and breathe every day.

"We will play an up-tempo exciting brand of basketball, KB's record as a player and more importantly as a coach fits that style, that track record and the interview process has convinced us that he is our man."

39-year-old Braswell was almost lost for words upon being told of his appointment, in a process that he wasn't even considering just a few short weeks ago.

"This is an unbelievable opportunity, I honestly am at a loss for words in a way. It wasn't my plan to be head coach of the SKYCITY Breakers. But the opportunity opened up out of the blue and suddenly it got exciting. I started talking with Dillon and Matt and we spoke about where the new owners are wanting to take the club and things they have planned, it sounded great and I knew I wanted to be a part of it.

"I am ambitious and considered applying for the Cairns job, but this is right for me. Matt and Dillon are talking about playing up-tempo, a style of game I am familiar and comfortable with. I know most of the players at the club and in the league, and I know the culture from my time here as a player.

"It just feels right, with the new ownership group and the direction they are taking, with Paul and Liz still involved - I can't wait to come in and build on that legacy and the great work that they have put in for so many years."

Braswell knows how special the opportunity before him is, in a fulltime professional environment with such a successful club, but as always is ready for the challenge.

"In coaching you always want to keep moving, keep progressing, for me this is the next step, there is nothing more I can accomplish in the New Zealand league, it is time to take my ability to a higher level.

Braswell acknowledged those that have helped him in his time here in New Zealand, first as a player and then as a coach, with that faith rewarded in this appointment.

"I want to thank everyone who has given me an opportunity. To Jill Bolger and the team at the Southland Sharks for giving me the chance to develop as a player, coach and a person. I want to thank Nick Mills for the opportunity with the Saints to work on a platform with more great people, and John Hunt from Harbour Basketball who had faith in me and kept me in New Zealand.

"It all started of course with Paul and Liz, Andrej and Pauli, without them I may not have come to New Zealand and wouldn't be in this position today. And of course, a huge thanks to my family for their ongoing faith and support of me in my career."

Braswell will not waste any time in getting to work, with the NBL free agency opening at 11.30am on Monday (today) NZT, he and Walsh have already compared notes on potential signings.

"It was part of the interview process, I had a list of players I wanted to sign, and I know Matt and Dillon have a list of players they are keen to talk to. That is our focus, that is the priority, I can't wait to get to work."

The club will look to confirm assistant coaches to Braswell in the next few weeks, with high hopes that incumbents Judd Flavell and Mike Fitchett agree to continue in their respective roles with the club.