When Benji Marshall locked in a fairytale return to the Wests Tigers last year, he was determined to make sure he wasn't just coming back for a largely mentoring and marketing role.

But not even the 33-year-old - or coach Ivan Cleary for that matter - could have expected the kind of impact the club's favourite son has had on the field for the Tigers. 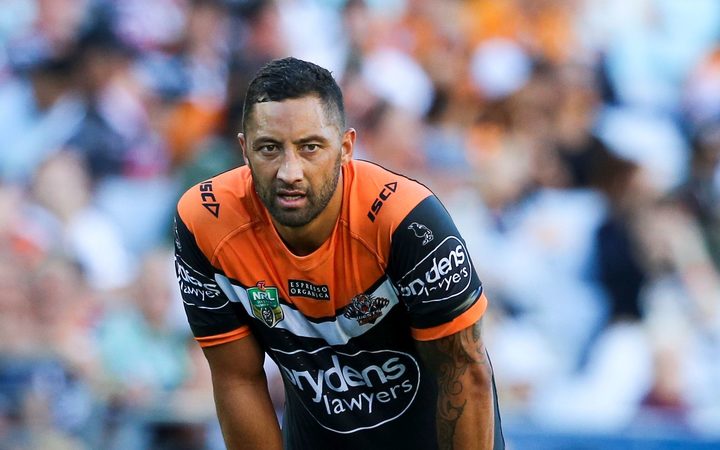 Marshall crossed for his first try in Tigers' colours in 1751 days with his double in Sunday's flogging of Manly.

His first was run of the mill and made for one his three linebreaks in the win, but his second was a Marshall classic.

With his team well on top, the 2005 premiership-winner turned back the clock with the kind of step the five-eighth made famous in his younger years to get over the line.

Marshall has now been as instrumental as any player in the Tigers' best ever start to a season as a merged club at five-and-one.

Composed as ever, he kicked brilliantly on Sunday after he booted the match- winning field goal against Melbourne the week previously.

"I didn't know what to expect," Marshall said of his return.

"From my personal perspective being back at the Tigers is something I wanted to do for some time. It's been exciting

"I did say to him (Cleary) when we met up I wanted to contribute more on the field than off the field.

And it's for that reason Marshall's second stint at the club could well be eventually remembered almost as fondly as his first.

Previously knocked back when he attempted to return in 2014 and at the end of 2016, Marshall has proved Cleary's gut instinct to welcome him back the right one..

His influence on halves partner Luke Brooks could well be career changing for the 23-year-old, while his control at five-eighth is something the Tigers have missed dearly during their six-year finals absence.

"I didn't have really clear expectations," Cleary said of Marshall.

"But it was really obvious he was passionate about the club and was confident he could deliver on the field. You can't fake that.

"I was really convinced he thought he had something to give. And if someone like Benji at his age is passionate about playing at the club, we had to do it."