Roma have sent favourites Barcelona crashing out of the Champions League with a sensational 3-0 win to reach the last four, while Liverpool made sure of a semi- final place with a 2-1 victory at Manchester City. 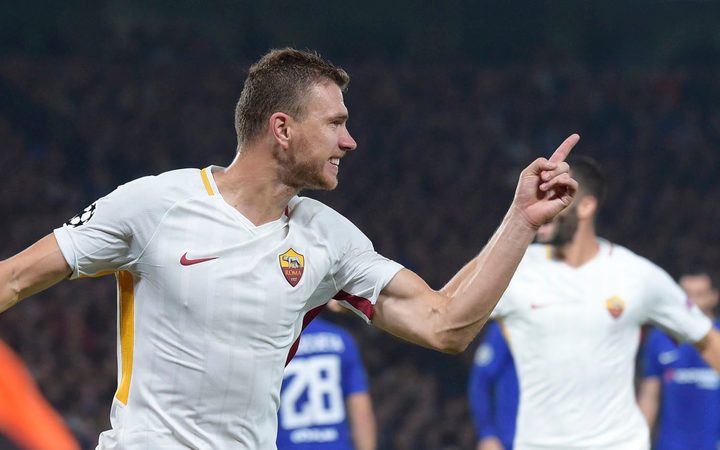 Edin Dzeko, Daniele De Rossi from the penalty spot and Kostas Manolas with an 82nd-minute header gave Roma a famous victory to send the Serie A side through on away goals after Barcelona won 4-1 at home in the first leg last week.

Roma advance to the last four for the first time since reaching the European Cup final in 1984.

In today's other match Mohamed Salah's remarkable run of goals continued to help send Liverpool into the last four as Jurgen Klopp's side came from behind for a 2-1 win at Premier League rivals Manchester City and a 5-1 aggregate triumph.

Salah and Roberto Firmino struck in the second half as they fought back from going a goal down on the night to reach the competition's last four for the first time in 10 years.

With a three-goal deficit to make up from the first leg, City needed an early goal to give them hope and they got exactly that, taking the lead in the second minute.

Liverpool defender Virgil van Dijk gave the ball away and Fernandinho played a superb pass to Raheem Sterling on the right who slipped the ball to Gabriel Jesus to slot home.

Sensing the comeback might be within reach, City attacked relentlessly but with Liverpool defending well in numbers chances were rare until Bernardo Silva struck the post in the 40th minute.

Two minutes later, Leroy Sane thought he had added a second, poking the ball over the line but was ruled offside. City objected strongly and as the teams came off for halftime their manager Pep Guardiola's protests resulted in him being sent to the stands for the second half.

All City's breathless efforts though were undone in the 56th minute when Liverpool got the crucial away goal - Sadio Mane burst into the box, City keeper Ederson dived at his feet but the ball spilled out to Salah who took his time before coolly converting.

Any lingering questions over who would advance to the last four were ended 13 minutes from the end when Firmino robbed a sloppy Nicolas Otamendi and slotted past Ederson.