World Rugby will convene an independent disputes committee to review Spain's defeat to Belgium last month, which resulted in Romania qualifying for the 2019 World Cup at Spain's expense.

The Spanish rugby federation appealed to World Rugby and Rugby Europe for a replay due to the performance of Romanian referee Vlad Iordachescu in Spain's 18-10 defeat to Belgium in the World Cup qualifier. 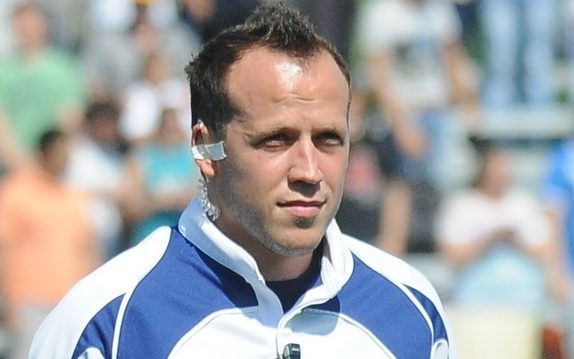 "World Rugby was deeply concerned about the circumstances surrounding the Belgium versus Spain Rugby Europe Championship match, a match that was decisive in the context of Rugby World Cup 2019 qualification," World Rugby said in a statement.

The governing body added that while it felt that a replay would be in the "best interests of the game", new information regarding player eligibility in the Rugby European Championship had come to light.

Given that the information concerned potential breaches of its regulations, World Rugby said it would undertake a full and independent review on an emergency basis.

The FRR sent a formal request for information after local media reported that Tonga-born Faka'osilea was not eligible to represent Romania in international competition after playing for his native country's rugby sevens team.

World Rugby's judicial panel chairman Christopher Quinlan QC has been tasked with forming and convening the disputes committee, while a separate independent panel has been appointed by Rugby Europe to look into player conduct after Belgium's match against Spain.