Opinion - On the menu for pretty much every sports writer on either side of the Tasman: at least a small piece of humble pie. 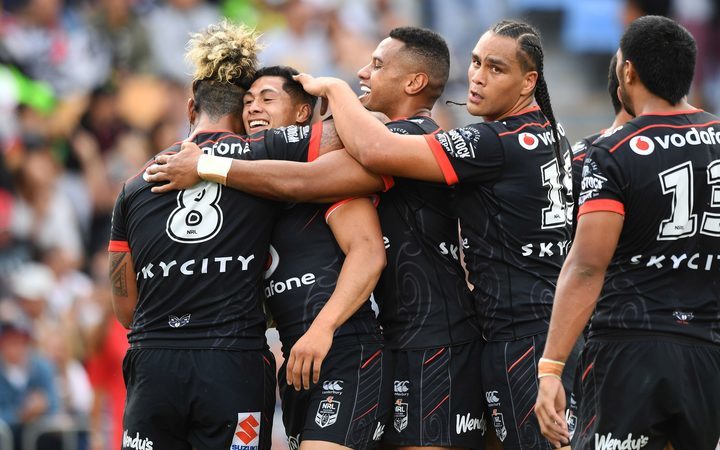 The Warriors are currently unbeaten and topping the table Photo: PHOTOSPORT

Yes, against seemingly all predictions before the NRL season started, the Warriors are currently unbeaten and topping the table.

Rarified air indeed, and nothing but praise should be heaped on Stephen Kearney and his playing staff. In fact, they even managed to defy the most solid of sports takes - that the Warriors are nothing without Shaun Johnson.

Mason Lino, the so-called 'patron saint of the NSW Cup', stepped up and had the game of his life against the Roosters on Saturday night. Despite having never won a first grade match when starting in the halfback position, his 18 point performance showed that even the most unlikely scenarios are falling the Warriors' way right now.

Of course, if you're a Warriors fan, right now you wouldn't want to change a thing. Except that news came through this morning that one of the biggest changes in the club's history is about to go ahead anyway: new ownership by an offshore based consortium.

The private ownership of sports franchises is, indeed, a foreign concept to most NZ sports fans.

We are most exposed to the tightly controlled and centralised Super Rugby model, run ostensibly for the good of the All Blacks by NZ Rugby. The pyramid structure of rugby union in this country is widely hailed as the reason why we're so good at it, and it's hard to disagree given the All Blacks' record in the professional era.

The Warriors are a different kettle of fish, having gone through several high profile ownership changes in their history. 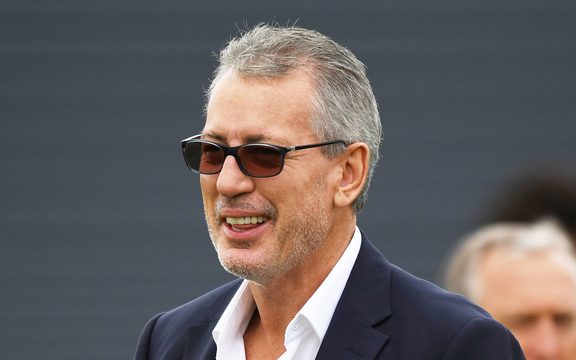 The current owner, Eric Watson, last made headlines when he had a very public falling out with Owen Glenn over the way the club was being run. This, along with a slightly higher than average public profile, would be the only reason many Warriors fans would even really know who he is.

Watson, being a savvy businessman that clearly values profit over sentiment, has seen fit to sell right now due to the favourable offer he's got. This clearly outweighs the potential of being in the owner's box for what's looking to be the Warriors' best season in years, and now we can speculate on what the future of the Warriors under an offshore entity will be.

The new owners, Pacific Sports Enterprises, are based in the US and have said they have no plans to alter the way the club is run. While they most definitely won't start telling Kearney what to do in regards to what happens on the field, that promise sounds pretty empty. Why on earth would you buy a club like the Warriors, who have never won a premiership in their history, and not have plans to change things?

Of course, that's exactly what they want the fan base to think, for fear of alienating, which is exactly what happened when the obnoxiously wealthy American Glazer family bought Manchester United in 2005. This led to protests chanting for Malcolm Glazer's death and even the formation of a completely new club set up by disgruntled supporters, determined to maintain the heritage of a team they had felt had been taken away from them.

That aside, the influx of American influence into rugby league adds another storyline to all this. The Kiwis are jetting off to Denver in June to play England, in what's being sold as the first step on the journey to the World Cup being held in the US in 2025. It's not much of a stretch to think the Warriors will be part of that too, at some stage.

There are some serious legitimate question marks over the Kiwis involvement in a mid-year test, in a market unfamiliar with even the basic difference between union and league (a major Denver daily news site tweeted a picture of the All Blacks when the game was announced). However, the Warriors taking their games offshore is a different scenario. The NRL season is long, and it makes more sense to use a couple of NRL clubs to fill smaller American stadiums for a couple of weeks a year than trying to make a test match work at the gigantic Mile High Stadium.

There's a fine line that the new owners need to tread here. The Warriors were born in a brash, cocky manner 23 years ago, full of the trappings of a professional code that was new and interesting to most New Zealanders. They'd do well to heed the fact that an over-the-top, American approach was only good for so long, before the team bottomed out and had to endure half a dozen seasons of mediocrity.

But, of course, they probably already know this. Well, you'd hope so.