England are in a strong position to win the second cricket test against New Zealand and level their two-match series as they extended their lead to 231 runs when bad light stopped play three overs early on the third day at Hagley Oval. 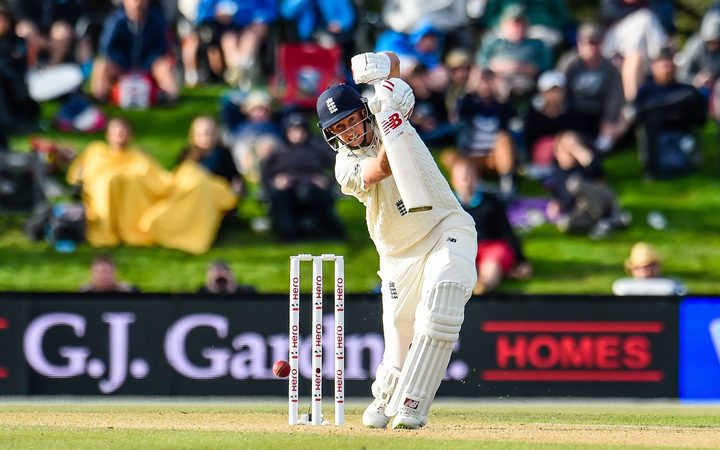 Captain Joe Root was 30 not out, while Dawid Malan was on 19 with the visitors on 202 for three in superb batting conditions.

Barring an unlikely batting collapse on Monday, the outcome of the match is now firmly in Root's hands with the major decision to be made on how long he wants to bat on the fourth day to give his side enough overs to bowl New Zealand out.

"We're not in a bad position at the minute," England batting coach Graham Thorpe told reporters.

"In an ideal world, we'll probably be batting well into the second session with a healthy lead, and maybe out of sight.

"If it doesn't go according to plan, and we want to win the test match, then we'll have to review it as it goes along."

James Vince and Mark Stoneman, who had consolidated England's lead in the middle session, were the only wickets to fall after tea with both no doubt ruing the missed opportunity of scoring their first test centuries.

Stoneman was caught by wicketkeeper BJ Watling off Tim Southee for 60, before Vince was snapped up by Ross Taylor at first slip off Trent Boult for 76.

Vince had earlier been dropped by Taylor at a wide first slip by Colin de Grandhomme while on 55.

Alastair Cook was the only wicket to fall in the middle session when he was caught by Watling off Boult for 14.

Stuart Broad had earlier completed his 16th five-wicket haul, finishing with six for 54, while his new ball partner James Anderson had four for 76 as they bowled New Zealand out for 278.

Neil Wagner (24 not out) and Boult (16) then provided a swashbuckling 10th-wicket partnership of 39 runs to get their side within sight of England's first innings of 307.

England need a win to deny New Zealand their first series victory against them since 1999. The hosts won the first test at Eden Park in Auckland by an innings and 49 runs.

"I don't think it's going to break up and do a hell of a lot on the last day, so we just need to get ourselves into a position to hopefully win the game," Watling said.

"The weather's looking pretty good so I don't know if anyone will get too adventurous just yet. I think tomorrow morning's a massive session in the game.

"If we can take four to five wickets in that session, we can put them under some pressure.

"Obviously if they get through it, then they're in control of the game."