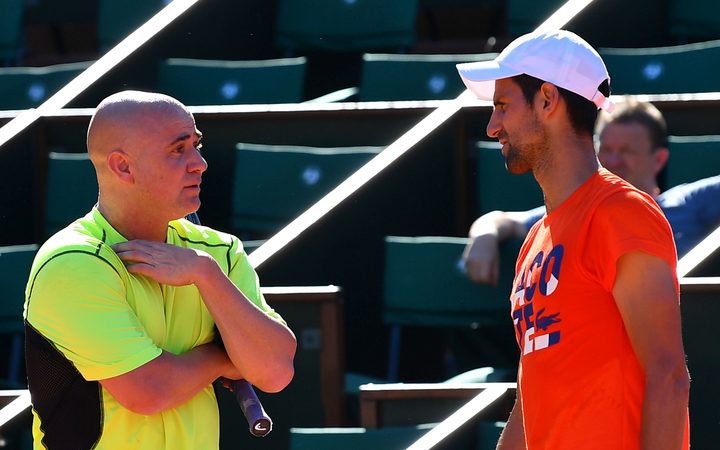 "With only the best intentions I tried to help Novak. We far too often found ourselves agreeing to disagree," American Agassi said in a statement broadcast by ESPN.

"I wish him only the best moving forward."

The split leaves Djokovic's coaching staff down to Czech Radek Stepanek, who joined on a part-time basis after eight times grand slam winner Agassi came on board ahead of last year's French Open.

Djokovic, the winner of 12 grand slams, suffered a sharp decline in form after lifting his maiden French Open title in 2016 to complete a career slam.

After failing to retain his title at Roland Garros, the Serb retired against Czech Tomas Berdych in the Wimbledon quarter-finals and was sidelined for six months with a recurring elbow injury.

Following a last-16 Australian Open exit to South Korean youngster Chung Hyeon in January, the 30-year-old Djokovic had elbow surgery but has struggled to make an impact since returning to action.

He suffered successive defeats this month to Japan's Taro Daniel in the first round at Indian Wells and to Frenchman Benoit Pare at the Miami Open, looking a pale shadow of his former vintage self.

Djokovic is due to play at the Monte Carlo Masters, which is scheduled for April 14-22.