After 10 weeks of talking, travelling and training, Joseph Parker's date with destiny has arrived.

In every possible way, the 26-year-old boxer from the south Auckland suburb of Mangere is ready to dance and defy the odds in a world heavyweight title unification bout with British superstar Anthony Joshua. 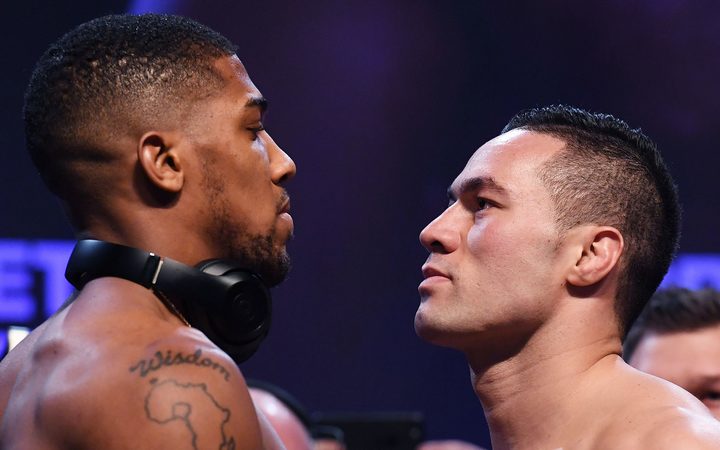 As fit and fast as ever, mentally locked in and, perhaps most importantly, in a composed, confident and relaxed state of mind.

In the words of Parker himself, no stone has been left unturned in pursuit of what bookmakers are suggesting would be a huge upset victory against a powerful and physically imposing opponent.

There will be no excuses if the WBO world title holder is not able to overcome WBA and IBF champion and fellow undefeated fighter Joshua.

And Parker is sure it certainly won't be down to a lack of belief or being overcome by what is being treated as an event of some significance in the Welsh capital.

A capacity crowd of almost 80,000 fight fans will pack into the Principality Stadium in Cardiff. Those who have travelled from New Zealand will likely be hoping the presence of that many people will eleviate what has been a serious spring chill in the air.

The locals here have already had a taste of the phenomenon that is Anthony Joshua after he won his last fight here in October against Carlos Takam, a man Parker himself defeated in 2016.

If the more than 4000 who queued in rain and temperatures of five degrees to watch the public weigh-ins and chant the 2012 Olympic champion's name on Friday are anything to go by, they can't wait for another.

Pubs in the area will be packed to the gunnels. Hotels and motels will be full to the brim. No less than 15 streets will be closed off to accommodate the hordes of people marching towards one of the world's premier indoor sports venues.

More than 300 accredited media will be there to transmit what transpires around the rest of the globe.

Despite having no experience performing in an environment of such magnitude, Parker has insisted endlessly that the occasion will not overawe him. 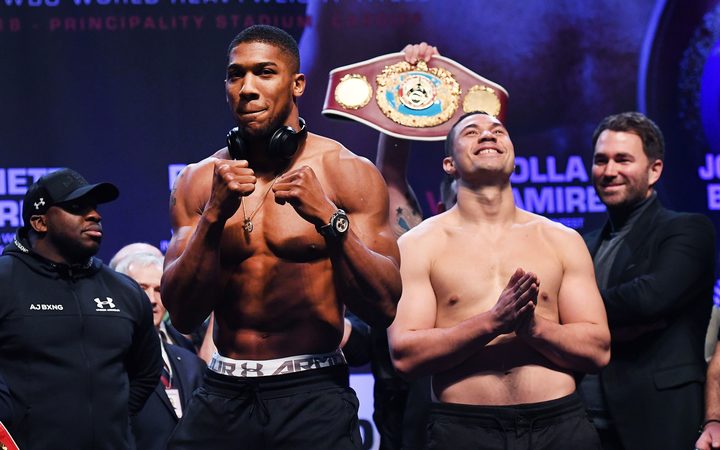 There is no guarantee, of course, it won't.

But every single indication during fight week suggests he, and every single member of his team who believe the same thing, will be right.

Rather than retreat into his shell, Parker has thrived under an intense spotlight.

At Tuesday's heavily scrutinised pre-fight press conference at the Sky TV UK headquarters in London, an event beamed around the world and attended by around 150 media, he performed with aplomb.

Looking slick, relaxed and primed for war, Parker had a message for Joshua and his enormous fan base.

"I feel ready, I feel confident, I feel sharp. I'm taking those belts back to New Zealand. And Samoa".

The same subtle swagger followed at Wednesday night's public workout session in Cardiff and at the weigh-in two days later.

While most British boxing fans and media don't believe he will be the one to stop the Joshua juggernaut, a decent portion have definitely come around to the idea it is possible.

Some in the streets have started to suggest they wouldn't necessarily be shocked if Parker walked away victorious. Several astute analysts are telling people, don't write the Kiwi off.

There is no doubt who the vast majority are picking to prevail.

As he does everywhere he goes in Britain, here in Cardiff this week Joshua has attracted rock star levels of attention.

A review of his resume makes it clear why. 20 professional fights, 20 wins, 20 knockouts. In a boxing sense, perfection.

Add a story of redemption, from troubled teen to the holder of two world titles, and mix a dash of personable nature and charisma, and the pulling power becomes palpable.

But none of that makes anyone unbeatable.

Every fighter has flaws. In a match-up billed as a battle of Parker's superior speed and movement and Joshua's incredible power, the result is far from a foregone conclusion.

It's about execution, and execution on a huge stage.

Within Team Parker they are adamant that rather than freeze, their man is ready to flourish.

The stage is set for the pride of two countries from half a world away to produce the performance of his life.