The New Zealand Commonwealth Games Team has been officially welcomed to the Gold Coast 2018 Athletes Village.

Around 180 team members from weightlifting, netball, basketball, triathlon, cycling and lawn bowls turned out for the traditional ceremony that marks another milestone in the build up to the Opening Ceremony on Wednesday. 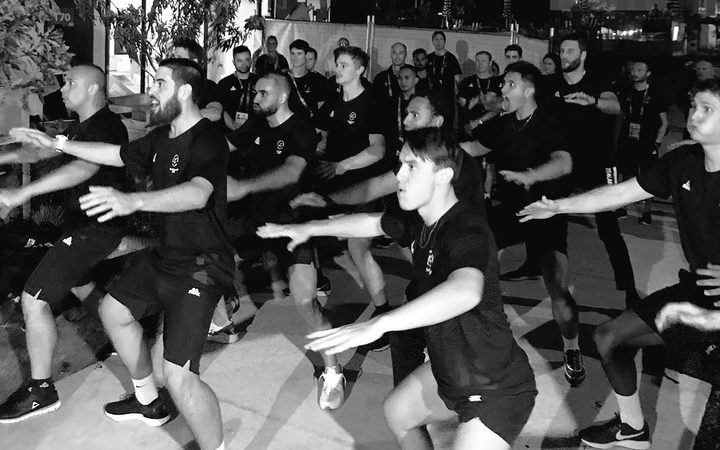 The Australian ceremony included indigenous traditions and a special first nations welcome by the Yugambeh people. The ceremony concluded with a swing dancing performance which displayed the fun and energy of not only the Gold Coast, Queensland and Australia, but of the Gold Coast 2018 Commonwealth Games.

The New Zealand flag was then raised and took its official place alongside that of the host nation, before traditional gifts were exchanged between Chef de Mission Rob Waddell and Athlete Village Co-Mayors Sarah Carrigan (Olympic Gold Medalist Athens 2004) and Mark Stockwell (Australia's only Olympic triple medalist at Los Angeles 1984).

First time Commonwealth Games athlete Taylor Bruce (lawn bowls) says the ceremony was a great way to be formally welcomed to the village.

"It was an amazing ceremony, I loved the didgeridoo. We're one of the nations here which really celebrates our culture so that was pretty special for me.

"It makes it feel like it's really getting underway now and it was great to get the New Zealand team together to experience that," she said.

Chef de Mission Rob Waddell said the flag raising ceremony was an opportunity for the team to gather together and enjoy the Australian hospitality but also to remember the purpose of the games.

"The village here is really outstanding and the Gold Coast organisers have done an incredible job of creating an environment that is welcoming, friendly but also facilitates the high performance culture we need.

"Seeing the New Zealand flag flying was a reminder of how proud we are to represent New Zealand. The ceremony brought to life the friendly culture of the Commonwealth Games and our connections to our fellow teams.

"We were also honoured to be welcomed by the Yugambeh people and thank them for that."

There are currently 230 team members (athletes + support staff) in the Gold Coast, with numbers continuing to rise over the coming days. Among them are athletes from cycling, weightlifting, netball, basketball, hockey, triathlon and lawn bowls.

By the fourth of April when the games open, the team size will be up to 390.