Winger Ben Lam notched four tries as the Hurricanes scored 42 unanswered points to beat the Melbourne Rebels 50-19 in Melbourne and puncture the illusion of an Australian Super Rugby renaissance. 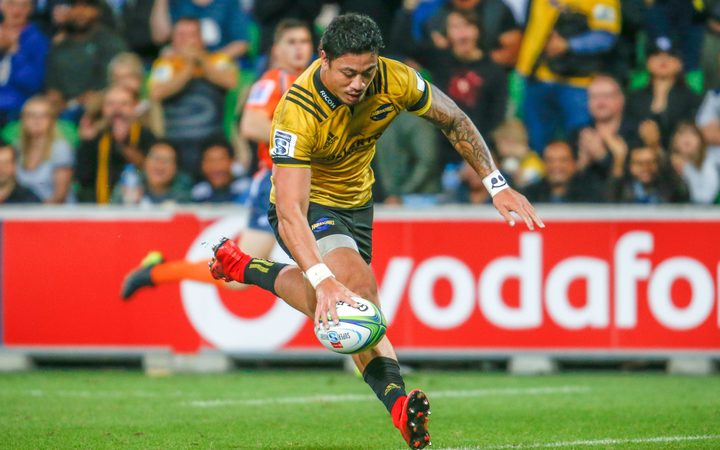 First-five Beauden Barrett, number eight Gareth Evans and inside centre Ngani Laumape also crossed for the Hurricanes, who trailed 19-8 after 30 minutes before running over the top of the tiring home side.

The result takes the Hurricanes to the top of the New Zealand Conference.

New Zealand sides won all 26 matches against Australian opponents last season and hopes had been high the Rebels, who had won four of their five games this season, could break that drought in the first trans-Tasman contest this year.

The Hurricanes, however, showed the gap between the New Zealand and Australian sides was as wide as ever, with the 2016 champions ruthless in attack and defence.

The Rebels made numerous errors in exiting their own territory and relied too heavily on scrumhalf Will Genia and Japan international number eight Amanaki Mafi's ability to get over the advantage line.

It was telling that Mafi looked exhausted after the first 25 minutes when he had carried the ball for 85 metres and he went off at halftime.

In contrast, Wallabies winger Marika Koroibete had not carried the ball at all by the time he was substituted after 55 minutes.

Mafi and Genia, however, had put the home side into good field positions that allowed flyhalf Debreczeni to slot four penalties with the Hurricanes falling foul of referee Angus Gardner.

Philip also crashed over for a 30th-minute try that extended their lead to 19-8 and looking like they could provide the result many in Australia had been hoping for.

That try, however, simply clicked the Hurricanes into gear with Lam grabbing his second try and Barrett scored after he ghosted across the defence and went in untouched to earn his side a 25-19 lead at halftime.

Evans went over in the 49th minute to give the 2016 champions a 33-19 lead they never looked like losing.

Laumape smashed through weak defence by Jack Maddocks and Genia before Lam grabbed his third after replacement flyhalf Ihaia West took a quick penalty and the Hurricanes exploited the disorganised defence.

The left wing scored his fourth in the final minute when the Rebels again botched an exit from their own 22-metre area.