A British Volvo Ocean Race crew member who fell overboard in the Southern Ocean is presumed lost at sea. 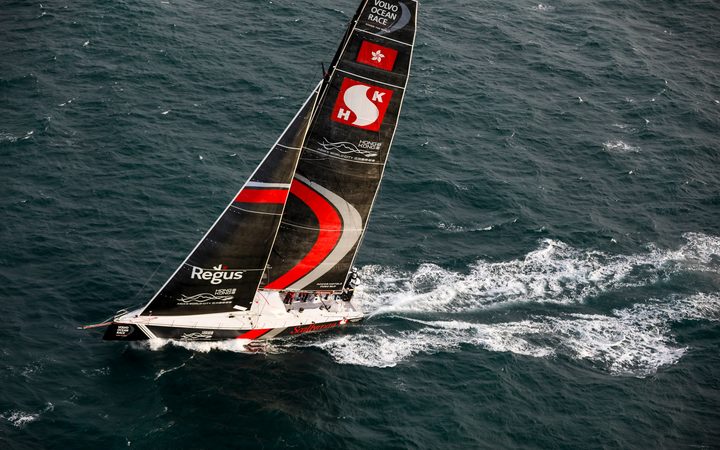 John Fisher, 47, had been competing with Hong Kong entry Team Sun Hung Kai/Scallywag on leg seven of the race from Auckland to Itajai in Brazil and was reported missing in extremely rough seas yesterday.

The 65-foot yacht's location was some 1400 nautical miles west of Cape Horn, and 1200 miles from the nearest safe landfall in South America. The nearest competitors were 200 miles away downwind.

Mr Fisher, a Sydney-Hobart veteran who was born in Southampton but based in Adelaide, had been on watch and was wearing appropriate survival gear.

"Given the cold water temperature and the extreme sea state, along with the time that has now passed since he went overboard, we must now presume that John has been lost at sea," race president Richard Brisius said in a statement.

"The crew is, of course, emotionally and physically drained after what they have just experienced. Our sole focus now is to provide all the support and assistance that we can to the team.

"We are devastated and our thoughts are with John's family, friends and teammates."

Team Sun Hung Kai/Scallywag had carried out a search for several hours before heading in a north-easterly direction with the weather deteriorating and conditions challenging.

A ship had been diverted to the scene but remained more than a day away.

The 2017-18 Volvo Ocean Race started from Alicante, Spain, on 22 October and covers 83,000km around the world, featuring a total of 12 host ports. It ends in The Hague, Netherlands, at the end of June.

There has already been one fatal accident involving the race, with Vestas 11th Hour Racing withdrawing from the fourth leg in January after a collision with a fishing boat on the approach to Hong Kong.

One member of the fishing vessel's crew died after being taken to hospital by helicopter.

Fisher a 'true gentleman' and a 'true friend'

Mr Fisher was a member of the Christies Sailing Club, which described the sailor as a "treasured member of our family".

"John came to our club around 10 years ago and immediately injected his passion for the sport of sailing which was picked up by all of our sailing members, especially our juniors," the club said in a statement.

The club described him as a "true gentleman" and a "true friend" who saw positive qualities in everyone.

"He has enriched our club and we are blessed to have shared in his life," Christies said.