Damian McKenzie has unleashed an attacking master class for the Chiefs in the 61-10 Super Rugby humbling of the Sunwolves in Tokyo. 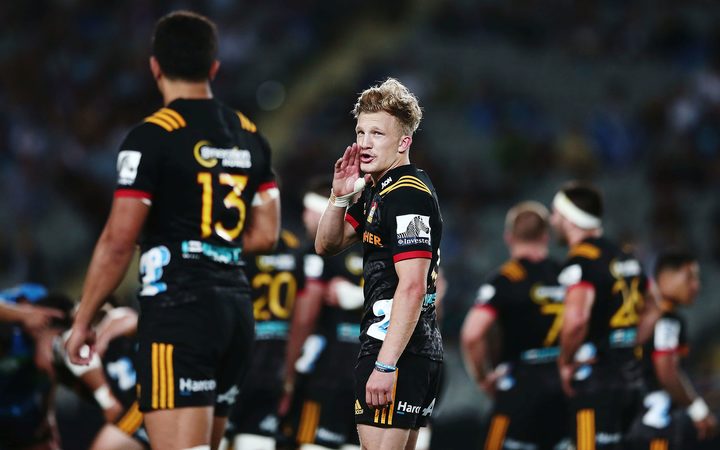 McKenzie scored two of his team's nine tries and had a hand in several more as he displayed why the All Blacks are interested in him as a Test first five- eighth option.

His passing, kicking running game were exemplary against the winless hosts, topped off by landing eight conversions in a 26-point haul.

The 22-year-old has been a standout at fullback in recent seasons but he showed what a threat he can be when used in a playmaking role.

The 51-point winning margin was the biggest in the Chiefs' history.

It was another harsh lesson for the Japanese outfit, who have lost their first five games of the season.

They appeared to be turning the corner with last week's two-point loss to the Lions in Johannesburg but they were never in the contest on Saturday.

Locks Tyler Ardron and Brodie Retallick crossed early before Nathan Harris and Solomon Alaimalo put the visitors 28-0 up inside 20 minutes.

Alaimalo's try was the best of the game, sparked by McKenzie's sizzling counter from 75m out.

McKenzie's double was followed by a second try for Alaimalo and late efforts from reserves Liam Polwart and Sean Wainui.

Victory in their first visit to Japan hands the injury-ravaged Chiefs a third successive win after losing their opener to the Crusaders.