The ball being used in the opening match of the World Cup in Russia is taking a trip to space on an international mission.

"We are taking the ball that will be used in the first game," Russian cosmonaut Oleg Artemyev said.

Artemyev and two US astronauts begin a mission to the International Space Station ISS about 400 kilometres above the earth tomorrow. 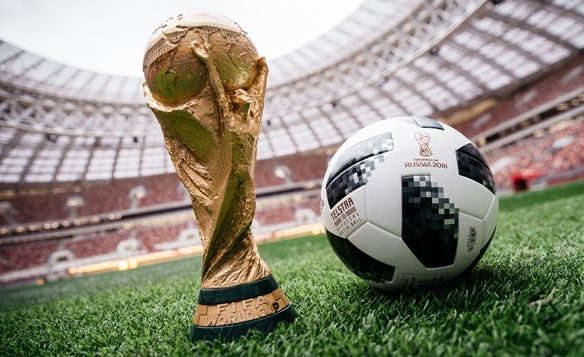 The World Cup trophy and the official ball for the 2018 World Cup in Moscow. Photo: Supplied: FIFA

In May, his Russian colleague Anton Shkaplerov will return the ball to earth.

Russia opens the World Cup on June 14 against Saudi Arabia in Moscow.