Former All Black Dylan Mika has died suddenly at the age of 45. 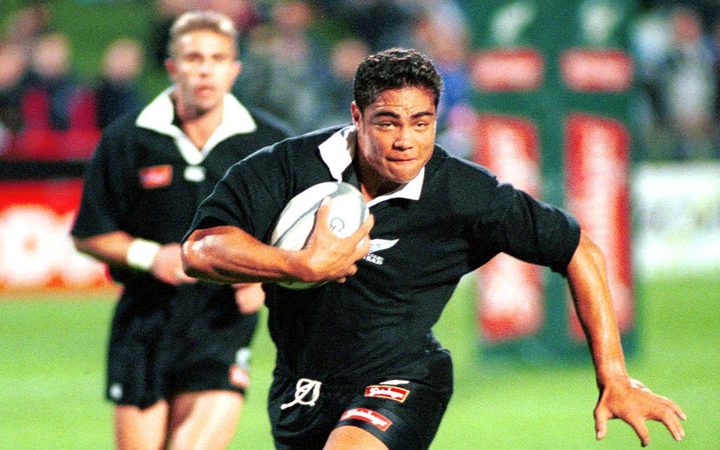 Dylan Mika on the burst for the All Blacks against Samoa in 1999. Photo: Photosport

The flanker played seven tests for New Zealand and was a member of the 1999 World Cup squad. He also played two tests for Manu Samoa.

He died at his home in Auckland on Tuesday of a suspected heart attack.

In a statement, his family said "he was a hugely talented athlete, well respected in the Samoan community and abroad but just as importantly to his friends and family a warm wonderful caring man.

Mika was born in New Zealand but played the two internationals tests for Samoa, in 1994.

After a stand down period of three years he became eligible for selection for New Zealand and played seven tests for the All Blacks.

"Dylan is one of the rare talents, that represented both Samoa and New Zealand at a time when rugby had not long turned professional.

"He continued to have an active involvement in rugby both in Auckland and Samoa, and in particular, in his loyalty to the New Zealand Barbarians.

"Our thoughts are with Dylan's family and friends," he said.

Mika is survived by his wife Tracy and daughter Marley.