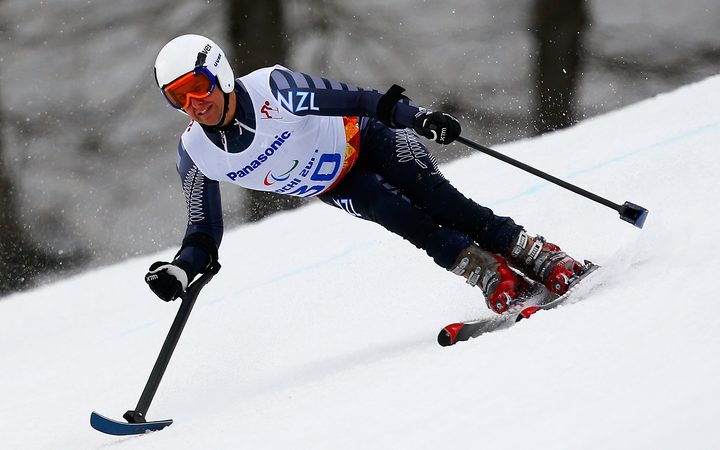 Hall beat Arthur Bauchet of France in silver by 0.39sec and Jamie Stanton of the USA in bronze by 1.26sec, after these two men entered the final a split second ahead of Hall after Run one earlier today.

Hall entered Run two, which is added to the first to create a combined final time, in third equal with Australian Mitchell Gourley. Gourley finished in 6th place.

"It's a pretty special moment to be back on top of a podium again eight years after Vancouver in the same event, double paralympic champion - I'm still in shock." says Hall.

"It's going to take a while to sink in, I'm just so proud to be a kiwi what an amazing day it turned out to be."

This gold medal tops off a spectacular week for the veteran Paralympic skier, after he won a bronze in the Men's Super Combined on Tuesday and yesterday, was announced as the male Paralympian winner of the prestigious Whang Yuon Dai Achievement Award.

"I knew it was there for the taking I just had to put down the run of my life and stick to what I've been working on," says Hall.

"It's almost like a shock when it happens after working so hard to get it, especially on a global stage, it's going to take a while to sink in."

"I'm definitely drained, I absolutely had nothing left when I crossed that finish line that was all that I had."

This latest medal is New Zealand's 31st winter Paralympic medal, made up of 16 gold, six silver and nine bronze medals. It is the country's 221st Paralympic medal across the winter and summer Games.