The Silver Ferns have suffered a blow ahead of next week's Taini Jamison Trophy after star midcourter Kayla Cullen was ruled out with injury. 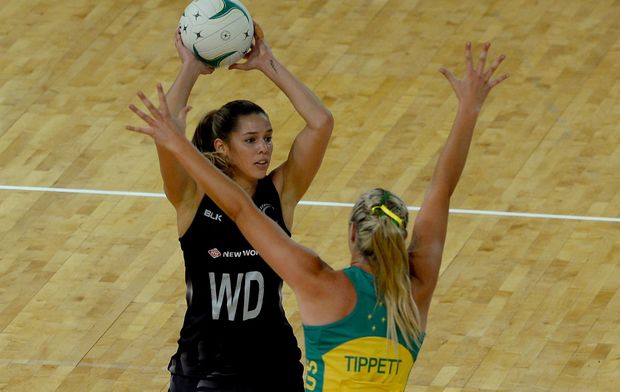 Cullen has a knee issue and will be monitored by the Silver Ferns' medical team over the next two weeks, although she is expected to make a full recovery in time for next month's Commonwealth Games.

Adding to the New Zealand team's concerns, shooting duo Maria Folau and Ameliaranne Ekenasio are also carry injury niggles and will need to be managed through the four-day series which starts in Auckland's North Shore on Wednesday.

Folau continues her comeback from a niggling knee complaint and Ekenasio, who was recalled into the national team after taking time away from the game to start a family, has suffered a finger injury.

Cullen will be replaced in the squad by Central Pulse midcourter Claire Kersten, while Northern Stars shooter Maia Wilson, who has seven test caps, will provide cover for Folau and Ekenasio.

The Silver Ferns face a busy playing schedule for the prestigious trophy when they take on the Malawi Queens, Jamaica Sunshine Girls and Fiji Pearls before a finals day on Saturday.

Silver Ferns coach Janine Southby said it was a precautionary move to bring Wilson and Kersten into the side as they wanted to take no chances with the minor niggles hampering the two shooters and Cullen.

"We've got a heavy workload over the coming weeks and while the Taini Jamison Trophy is an incredibly important part of our season, we are also looking at the bigger picture of a demanding Commonwealth Games campaign next month.

"Maia has been in the environment before and we feel confident she can make a seamless transition back into the shooting circle while Claire made her debut last year and also knows our systems well.

"It's disappointing to have these injury setbacks we want to make sure all three are at full fitness when we head to the Gold Coast for the Commonwealth Games."

The Taini Jamison Trophy series is the final hit-out for the Silver Ferns ahead of the Commonwealth Games, which start on April 4.