An independent review into the Kiwis failed 2017 World Cup campaign has panned New Zealand Rugby League senior leadership and states coach David Kidwell was too inexperienced for the role. 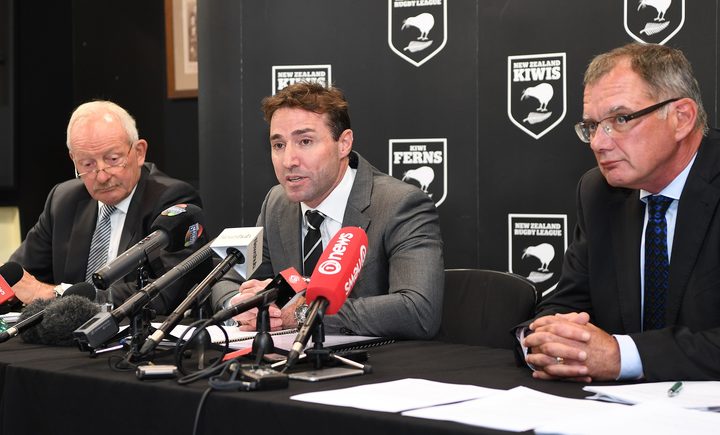 Conducted after the New Zealand side suffered a humiliating defeat to Fiji in the quarterfinals of the tournament, the findings of the review were released to the public on Friday.

It came after chief executive Alex Hayton resigned his position earlier this month, with the organisation's now former boss acknowledging his responsibility in the Kiwis poor World Cup performance.

Sports lawyer Tim Castle and former Netball New Zealand and Bulldogs boss and new Australian Rugby Union chief Raelene Castle undertook the review and have not held back in their report.

Among their findings, the pair noted "a complete lack of proven high performance sport expertise within the organisation and the supporting structures that need to be put in place for sustained success", along with "a systemic failure of senior leadership to identify HP problems and inadequacies".

The report also said the Kiwis campaign was disadvantaged "by the appointment of an inexperienced head coach (with potential nonetheless) who attempted to implement too much in a short space of time".

Kidwell was widely criticised after the team's embarrassing exit, particularly after he and captain Adam Blair attempted to put a positive spin on the situation in their post-match press conference.

In their findings, though, the panel reiterate that it is NZRL senior leadership, not the head coach, who were most at fault.

The report stated the organisation let Kidwell down by not providing him with a "carefully and strategically designed" campaign plan.

"We record that in our view the head coach should have, upon his appointment asked for and insisted on being provided with that High Level Plan.

"David Kidwell acknowledged that indeed he should have done this but did not do so. We consider that his failing in this regard was unsatisfactory.

"It does not however, in our view, excuse the failure of NZRL senior leadership to provide its head coach with that High Level Plan."

NZRL board chair Reon Edwards and deputy chair and acting CEO Hugh Martyn fronted the media in Auckland after the findings were released and described the process as robust and enlightening.

"Disappointing as it was, the Kiwis 2017 loss could ultimately be for the best for the game," Edwards said.

"This is a good wake-up call and an opportunity for a fresh start."

"While Tim and Raelene's report identifies very clearly where things went wrong, importantly they have provided the NZRL a solid framework to help us deliver on our high performance requirements, improve our selection processes, enhance risk management, and ensure we vastly improve our planning and communication."

Tim Castle said they received full co-operation and "very candid responses to the hard questions" during the process, while Martyn said accountability had been accepted in a "very transparent manner".

"We are now very well positioned to make changes that will have far reaching, positive effects and get the best outcomes for the game."

One recommendation of the review had already been implemented by NZRL, with the policy that the Kiwis' head coach must be a New Zealander no longer in place.

NZRL said the make up of a selection panel to appoint a new head coach would be announced next week.